Video: Mike Perry dresses in a full on Native American costume to cut a promo on Cowboy Cerrone 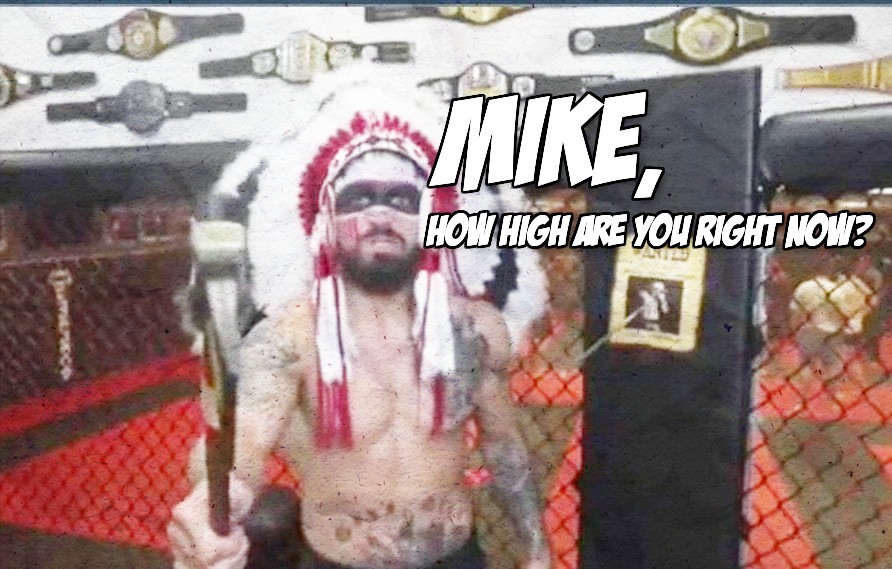 Bless your big dumb heart Mike Perry. Platinum Perry is the kid you just can’t stay mad at. What are the chances Mike thinks Cowboy Cerrone is an actual Cowboy?

Mike Perry can’t help himself. At this point what else can you do but shrug and give Platinum a fist bump. This next video may not even make the top ten wildest/questionable Platinum Perry moments.

He does what he does and he knows no better. This is the Platinum way.

Where do you even purchase an old timey Native American costume this close to Halloween? Why do they even make this anymore?

Look Platinum will offend you. He will do some incredibly ignorant, racist stuff for the remainder of his MMA days. There is no turning back. Perry is the stereotypical MMA fighter and probably how a lot of non-MMA fans view our sport.

What is the best defense against Perry?

Not sure. He’s done much, much, much (x1,000) worse stuff before and will continue to do so in the future.

We’ve scolded, shaked our heads and even tried to education our dude but has it made a dent at all?

Maybe the UFC will start discipline Perry for being an idiot? LOL if you have to ask that question you already know the answer.

For now let’s watch Perry try to honor his Native American heritage in a promo about Cowboy Cerrone. You see, because Native Americans don’t like Cowboys…..and that’s the joke.

Yeah, we got nothing.

I support the legendary Native American warriors and I am tirelessly hunting this @cowboycerrone for his crimes of defamation ! I will catch him across state lines in Denver Colorado, November 10th for alll the people of the world to see the battle between #Cowboy vs #Platinum pic.twitter.com/xFdNY8abbL

Cerrone is a Real Cowboy. He came from the Rodeo! It doesn't get any more Real than that. He is the Gimmick! Good Shit!