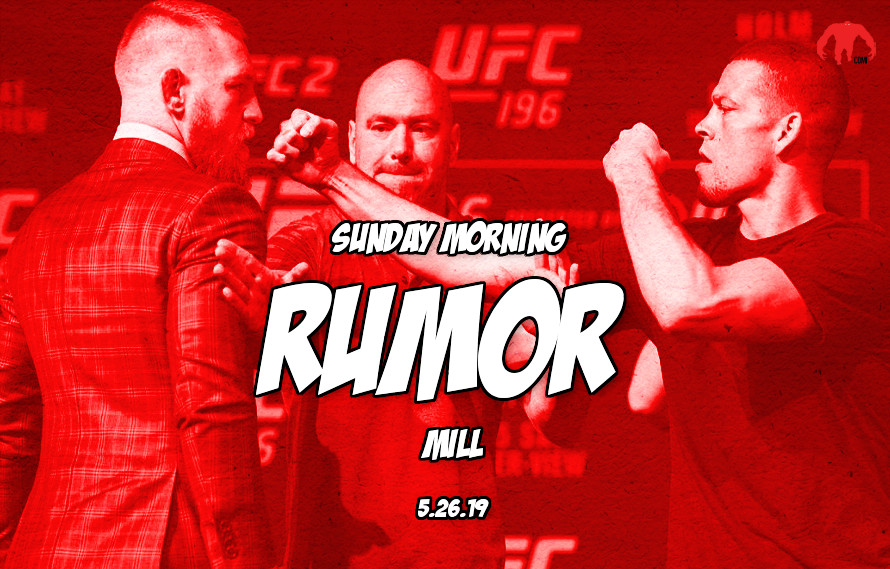 MMA’s 24/7, 365 day a year schedule has it’s drawbacks but it is good for the rumor business. Sometimes you must let the MMA wash over you.

Embrace your three day weekend and the start of Summer 19. Before things get too hectic, don’t forget about last year’s Summer fling, the Sunday Morning Rumor Mill.

Rashad Evans Guarantees That Cormier vs. Jones Trilogy At 265-Pound 'Would Be A Lot Different Fight'
← Read Last Post

Well, those rumors are about as vague as you can get.