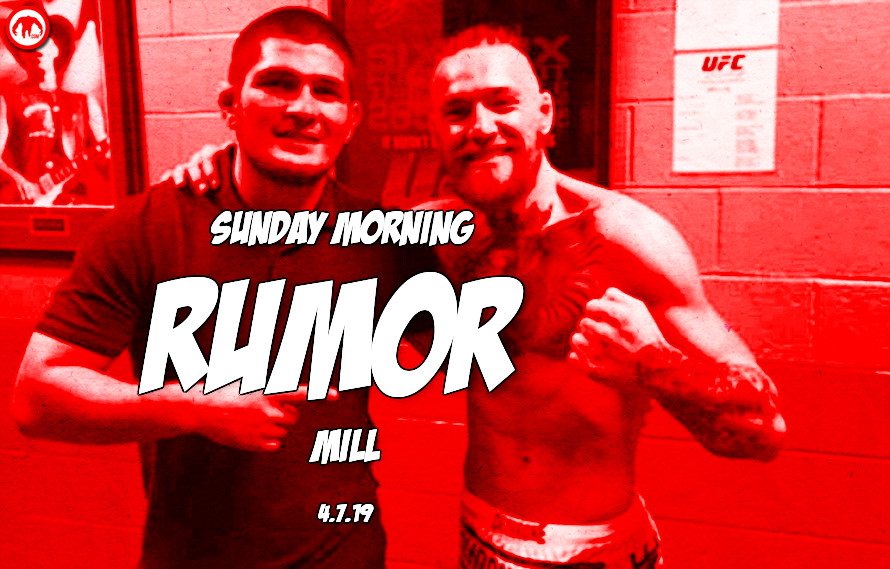 So hear any could smack talk this week? WWE holds WrestleMania this week and thanks to MMA rumors plus some Tweets, Conor McGregor and Khabib Nurmagomedov are out here proving MMA is the ultimate version of pro wrestling.

Everybody knows the UFC has leaned heavily on WWE’s playbook throughout the years. But when MMA is at it’s best, or sometimes worst, life can not only imitate but surpass any fictional art.

Happy WrestleMania day. Don’t break kayfabe and spend some quality time with the ones you love; like your Sunday Morning Rumor Mill.