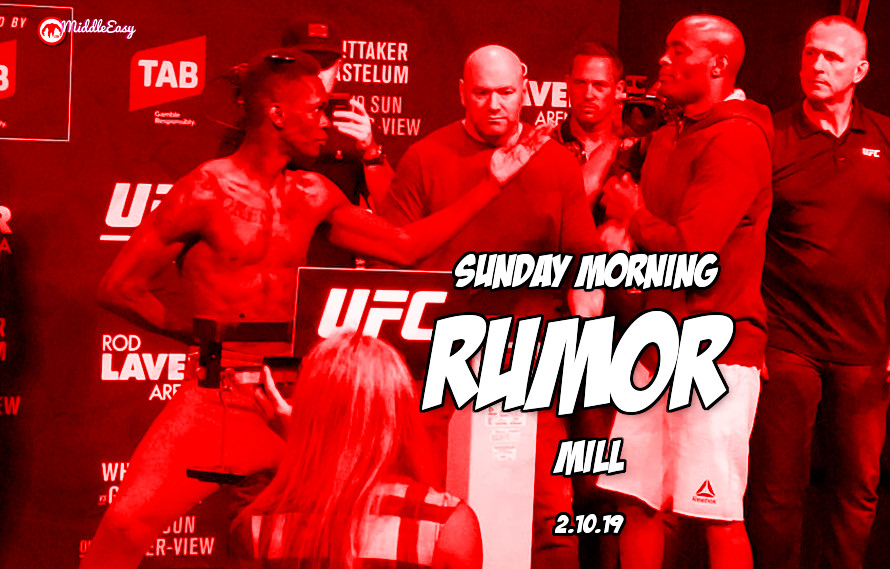 UFC 234 turned into a disaster but was saved by a Spider. The fallout of UFC 234 features a ton of MMA rumors revolving around the Earth space of Anderson da Silva the first.

It’s 2019 and Andy Silva is still making moves, saving cards. Saturday night was about Israel Adesanya, but the young-ish star needed The Spider GOAT as his dance partner.

Only in MMA could an event go on without it’s headliner on less than 24 hours notice. UFC 234 featured both the sport’s highest highs and lowest lows.

Embrace your inner Aussie and do a shoey with your Sunday Morning Rumor Mill.

Whittaker's Team Gives Health Updates: "Rob Is Just Out Of Surgery For A Twisted And Collapsed Bowel"
Read Next Post →
Click here to cancel reply.