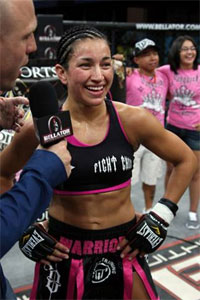 Earlier in the history of America, back when a gas lamp and a loaf of soda bread was the most ballerish combination you could have on any given night, if one sector of America disagreed with the other, there would be no amicable solution. In those days, conflict resolution was limited to how much gun powder you stored in whatever leather sack you had under your bed. People sort of slept on the part of American history where the country literally divided and attempted to kill the opposing side just because they disagreed over the way the political system should be run. Civil war is no joke. In the 1860s, we were sticking knives through our neighbor’s necks just because it was the popular thing to do. Americans had some romanticized idea of what life should be like and we were willing to slit throats just to see it happen. Now that we have it, there’s nothing really left to ‘fight’ for. Sure, there’s that vague ‘tea-party’ movement that occasionally shows up at political rallys only to proclaim how the entire country is ‘going down the wrong path’ but offer no solution to remedy the problem. Essentially, the emotional content that built our country has been reduced to undirected anger. No one knows why they’re angry, people just are — and they’re too apathetic to change it. It’s trendy to be angry. It implies that you have a radical opinion, and thus, will stand out from the rest of the horde who you are so vehemently against. You may disagree with tonight’s judging at Bellator 34. You may even believe that Megumi Fujii won a unanimous decision. However, that does not negate the fact that Zoila Frausto is the new Bellator 115lb champion and Megumi Fujii no longer holds the status of G.O.A.T.

I’m not sure what’s a greater upset, someone with twenty months of MMA experience defeating the most unstoppable force in women’s MMA or Fabricio Werdum catching Fedor Emelianenko in a triangle in just over a minute. 2010 has consisted of a consecutive string of ‘WTF’ moments and tonight, we were granted with yet another one.

You may be of the minority who truly believes that Zoila Frausto won the split-decision, I know you’re out there. Maybe you’re right. Perhaps most of us have been living under some grand Mega Megu delusion for the past few years and tonight was a slap in the face letting us know that women’s MMA has truly evolved. That could be the answer, however if we apply the law of parsimony to all of this, then we would just come to the conclusion that Zoila Frausto won a very controversial decision over one of the greatest female fighters to ever grace the sport.

Props to Zoila on her win, she did it. At the post-fight press conference, Frausto mentioned that she has no intention of remaining at 115lbs, which essentially means the belt has already been (or will be) vacated. As ridiculous as that may seem, it’s completely true. It was Aldous Huxley who said ‘The trouble with fiction…is that it makes too much sense. Reality never makes sense’. For some of you, tonight made no sense at all, but that does not negate the fact that it happened — and we all have to accept it as part of our collective reality.

Fedor's management explains why he isn't fighting in the UFC
Read Next Post →
Click here to cancel reply.