Cat Zingano will take on Bellator rookie Olivia Parker in a women’s featherweight bout at Bellator 256. The matchup is scheduled for next month. Furthermore, it will serve as Zingano’s return featherweight to the cage since leaving the UFC.

News of the matchup was reported from Marc Raimondi of ESPN.

“Cat Zingano will face Olivia Parker at Bellator 256 on April 9 at Mohegan Sun in Connecticut, officials told ESPN on Monday. The bout will be contested at featherweight and a win could set Zingano up for a title fight with Cris Cyborg,” wrote Marc via ESPN.com

Zingano last took on Gabrielle Holloway in her promotional debut. During the fight, Cat was able to utilize leg kicks, implement her patented clinch work, and dominate the ground game to coast to victory.

While the victory was convincing, the fight was fought at a catchweight of 150lbs. However, Zingano will get her featherweight matchup debut for the company against Parker.

Previous to Holloway, Cat was overcoming a rough patch in her career. Losing 4 of her last 5 fights the losses ultimately led to her UFC release. In her last encounter with Megan Anderson, Zingano was TKO’d by Megan Anderson due to an eye injury.

Parker has a professional record of 4 wins and 1 loss. Plus, is coming off of a loss against Chelsea Chandler in her last outing. During the fight, Parker was submitted by Chandler via a rear-naked choke in the first one of their fight under the Invicta FC banner. Nevertheless, Chandler’s three wins prior were all finishes.

Currently, Zingano is the only fighter to defeat UFC double champion, Amanda Nunes, since the Brazillian joined the organization. However, Nunes holds a win over the current Bellator champion Cris Cyborg.

If Cat were to win the Bellator featherweight title, she could begin to lobby for cross-promotional matches, as other fighters on the Bellator roster have longed for. 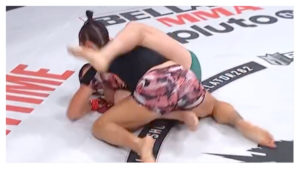 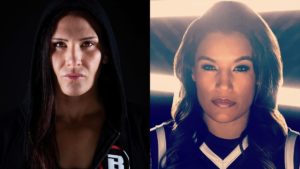 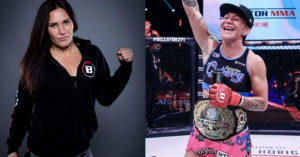 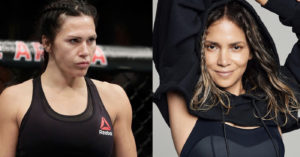 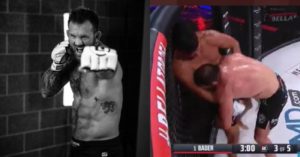