Magomedsharipov is reportedly hanging up his gloves having not competed since 2019.

Zabit Magomedsharipov is calling it a day.

As per a report from MMA Fighting, the exciting UFC featherweight has notified the UFC of his decision to retire from active competition.

Although nothing is official yet, it appears likely to be the case given the Russian’s inactivity.

Magomedsharipov last competed in 2019 when he outpointed Calvin Kattar. Magomedsharipov was later booked to face Yair Rodriguez in August 2020 before it was scrapped after the latter suffered an injury.

He hasn’t been booked for a fight since then.

Adding to the credibility of the report is the fact that Magomedsharipov was previously reported to be considering retirement.

After being removed from the UFC rankings, Russian media reported last year that a number of factors came into play for a potential retirement including a lack of motivation and his long inactivity from the Octagon.

In April, Magomedsharipov also teased that he would become a doctor.

If this is the end of Magomedsharipov’s MMA career, it will be a huge case of what if.

The 31-year-old currently holds an 18-1 record and was regarded by many to be a future champion. While he boasts the traditional Dagestani grappling credentials we’ve come to know today, Magomedsharipov was known for his flashy striking style.

However, that also came at the cost of his cardio as he never competed in a five-round fight in the UFC and was known to slow down in the latter rounds.

For now, we’ll never know how he would have fared in a championship bout.

Magomedsharipov went 6-0 in the UFC and along with Kattar, holds wins over the likes of Jeremy Stephens, Mike Santiago, Sheymon Moraes and Kyle Bochniak.

Zabit gives an update on his retirement:

Assalamu alaikum friends! I know that many were waiting for my return, there was not a day that someone did not ask when the fight was. But I decided to end my sports career.
⠀
Disruptions of fights, and then health problems – all this did not allow me to speak earlier. I have recovered now, but I don’t feel the way I used to.
⠀
Thank you to everyone who supported me for such a long time. I didn’t have time to become a champion, but I think I could please you even without it ))
⠀
I stop being an active athlete, but I don’t leave the sport. I have something and with whom to share my knowledge.
⠀
So don’t say goodbye, friends! Thanks again to everyone for your support! – (translated) 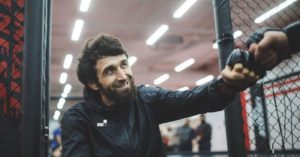 Zabit Magomedsharipov Plans To ‘Simply Destroy Someone’ On February 28 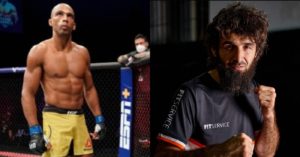 Edson Barboza Down For ‘War’ With Zabit Magomedsharipov, Despite Training History (Exclusive) 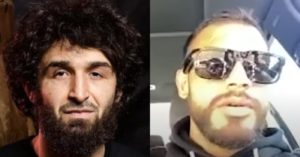 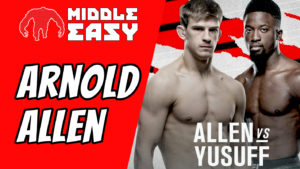 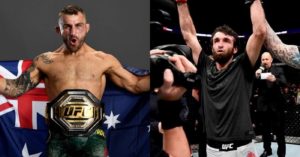