Yushin Okami has been cut by the UFC deadly flying guillotine

After losing to Jacare Souza at UFC Fight Night: Teixeira vs. Bader, MMAFighting is reporting that Yushin Okami is no longer with the UFC. This comes just after defeating Hector Lombard, Alan Belcher, and finishing Buddy Roberts. Three consecutive wins, one loss and you’re out. It just goes to show you that even if you’re Chael Sonnen’s bud — his aura still will not protect you from the UFC deadly flying guillotine.

Not that he’s out of the UFC, we just can’t wait for Yushin Okami vs. Alexander Shlemenko in Bellator. You know it’s going to happen — someone actually created a highlight video in 2011 predicting this match-up.

What’s clear is that there’s no real formula for being cut by the UFC. It just sort of spontaneously happens, and the MMA world just have to live with it. 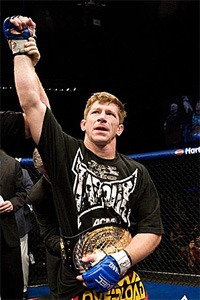 The internet is banding together to get rich off the GTA V stock market
Read Next Post →
Click here to cancel reply.