Yushin Okami believes Chael Sonnen is innocent based on his personality 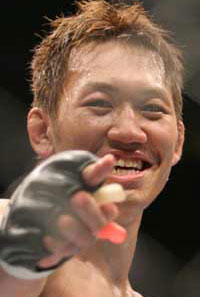 I woke up with the intention of calling Chael Sonnen to pretend like I was going to buy real estate in West Linn, Oregon but covertly turn the call into an impromptu interview. In retrospect, it was as busterish idea dripping with ulterior motives. That’s not my style, if I had a style. Tiger-Palm Kung-Fu would be my official style, but that doesn’t apply to early morning phone calls.

Chael was busted for the alleged use of a performance enhancing drug. If you’ve read any article of MMA news in the past two months, this should not blow your mind in anyway. Some of you believe in Chael’s innocence, while others believe that the fact Chael created a Hispanic alter-ego that he uses to take the blame for inflammatory remarks is a sign that he may be guilty of his recent steroid allegation. To the latter group, Yushin Okami believes all of you are crazy and in an interview with MMAJunkie, Okami believes that Chael Sonnen is innocent based on his personality.

“He’s innocent. I trained with Chael and I think he’s innocent [because] of his personality.”

Wait, are you telling me that you read this story just to see the 2006 Rumble on the Rock tournament when Yushi Okami defeated Anderson Silva in less than three minutes? Well, alright. Here you go, but next time just tell me. We’re all friends here. [Source] 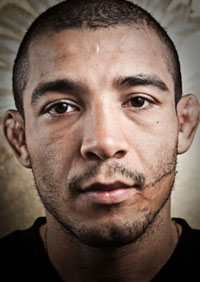