You missed it, but here’s Aljamain Sterling’s full drunk roasting of every 135er in the UFC top 15

Like most Americans UFC bantamweight Aljamain Sterling celebrated the Mexican Army’s unlikely victory over French forces at the Battle of Puebla, on May 5, 1862, under the leadership of General Ignacio Zaragoza by drinking Corona beers while wearing a traditional Mexican sombrero on top of his head. A few beers or “cerveza” in and with his Twitter app still up late on Friday night, Sterling decided to do a little tweeting.

One tweet turned to two then three…..then fifteen as a hyped Sterling put the entire UFC top 15 bantamweights on blast for pretty much not being Aljamain Sterling.

Can’t look away. Can not look away from an alcohol induced tire fire of a Twitter rant wearing a Corona sponsored Mexican hat! UFC matchmakers, please give Sterling a big peso fight ASAP and hopefully not scheduled around any Mexican national holidays. 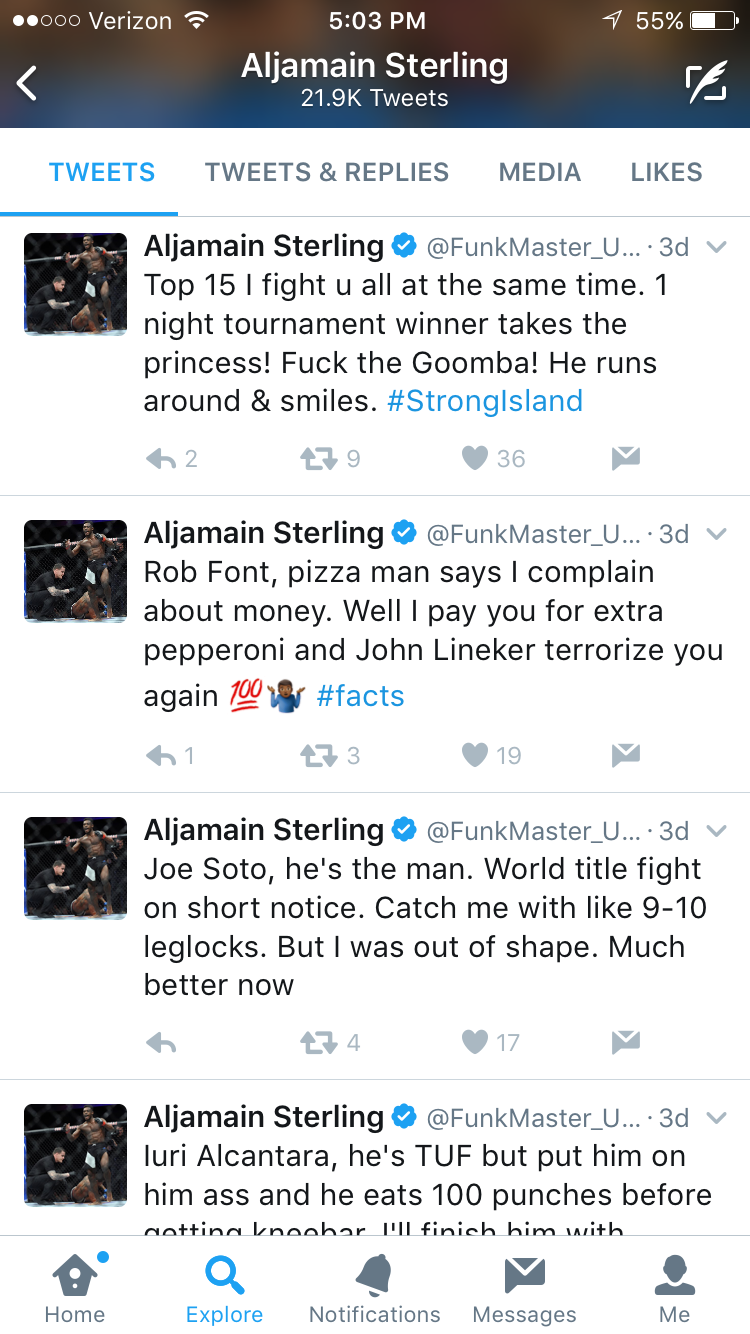 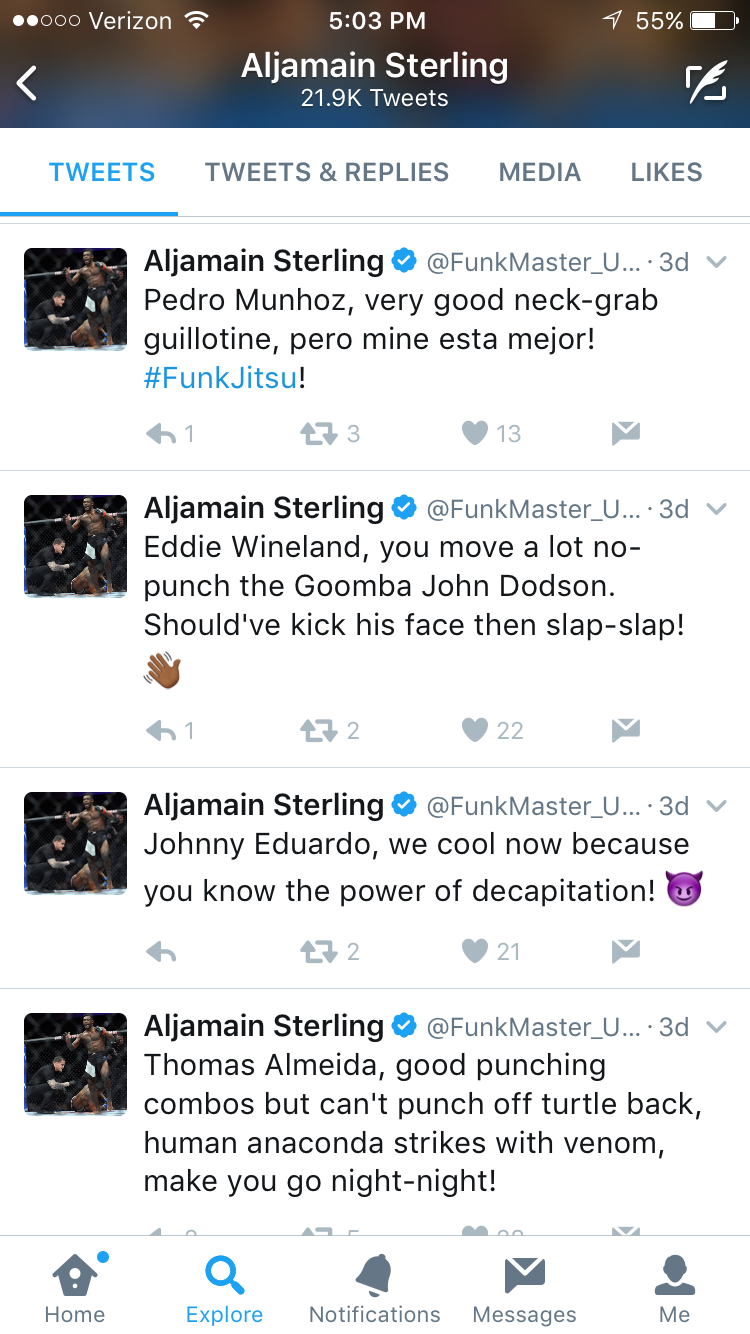 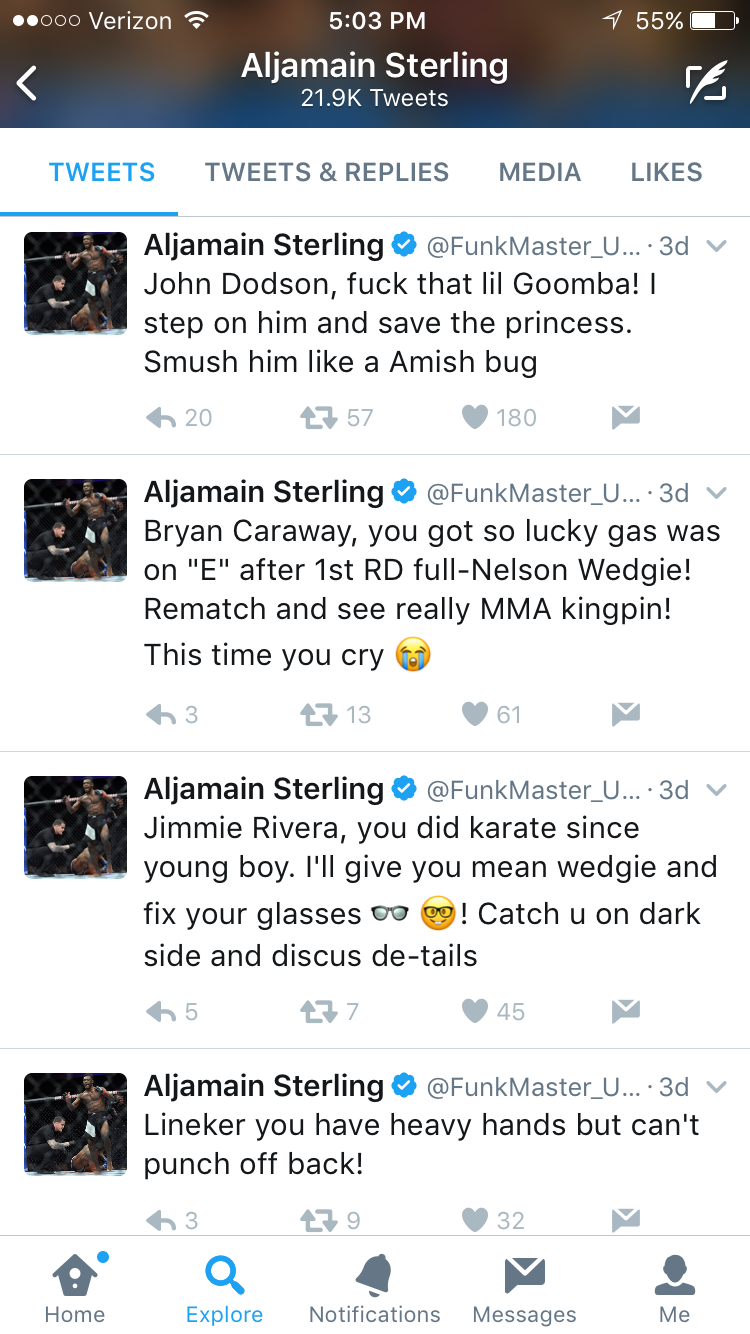 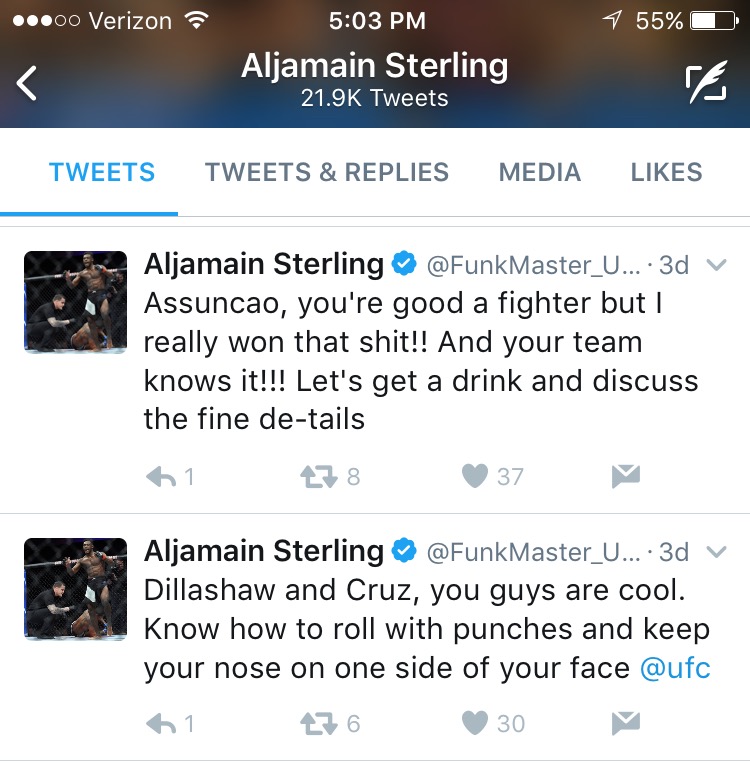