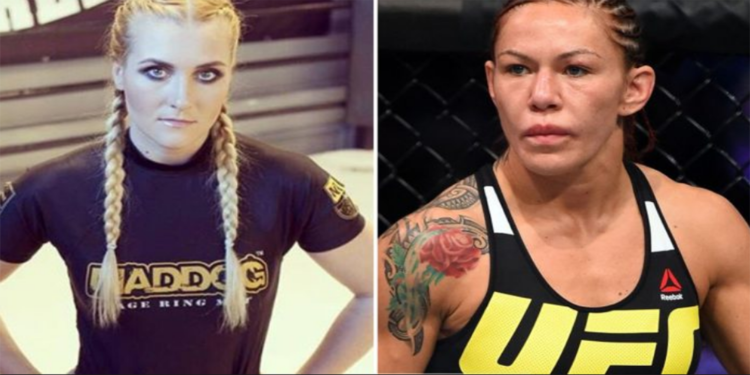 On Saturday night UFC 222 main event of the evening, Yana Kunitskaya had a powerful dominance at the beginning of the match, scoring an early takedown. She was a solid threat to the current champion, Cris Cyborg.

However, the things turned out quickly, and Yana Kunitskaya ended up on the receiving end and eating punches. Cris Cyborg won via TKO after the referee stoppage in the first round. In the post-fight interview, Yana was very disappointed because she wasn’t able to capitalize the champ during the few moments of the advantage. (quoted by bloodyelbow.com)

“That’s why I’m so sad,” Kunitskaya said (transcript via MMA Fighting). “Because I felt I could control the fight at some points, but you saw what happened.”

Yana Kunitskaya appeared as a surprise to replace the supposed Featherweight Title Headliner event between Max Holloway and Frankie Edgar. Yana fought many of her fights in Bantamweight division, and this was her first 145-pounds appearance after a long period of time.

Despite Russian superstar was very confident before the fight, she admitted her nerves overcame her as soon as she entered the octagon with Cris Cyborg, one of the best female fighters in the history of UFC.

“Yeah, it was a weird experience,” Kunitskaya said of her fight against Cyborg. “I was so nervous and I hope to come back as fast as I can.”

“I think I was nervous because I was facing Cris Cyborg, a great fighter that’s not in my weight class. But it was all a mental problem, I will try to fix it and come back stronger.”

Yana Kunitskaya currently has 10 victories (eight by knockout), 4 losses, and 1 no contest. She claims she will return to Bantamweight division after this fight.

A Lesson in Street MMA: If you yell Worldstar enough, a drunk person will do something violent

Cris Cyborg Blasts Ronda Rousey For Slamming WWE Fans: ‘Fans Made Her Who She Is’ (Exclusive)

Cris Cyborg Goes After Dana White, Glad To Not Work With Him Anymore (Exclusive)

Josh Thomson: Cyborg Is Women’s GOAT, Would ‘Dismantle’ Nunes In A Rematch

The combat sports world began buzzing at the thought of Evander Holyfield making a comeback to boxing. Now he has...