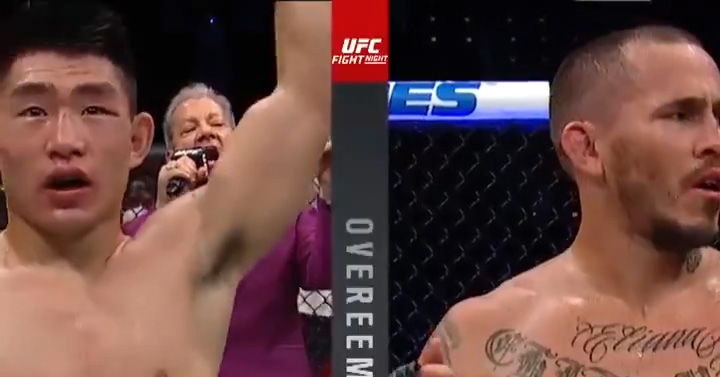 Song Yadong defeats Marlon Vera in a three round war.

The main card is underway in Jacksonville! Vera opens up with back to back leg kicks. Yadong lands a straight right to the body and fires a low kick. Vera throws a high kick that is blocked. Yadong lands an overhand right. Both fighters exchange leg kicks. Yadong connects with a jab as Vera throws a front kick. Vera lands a heavy calf kick and Yadong responds with one of his own.

Yadong catches a kick and the two clinch up.

Final round is underway and Vera lands an early knee to the body. The two clinch up against the fence. Song lands a knee of his own.