(Video) Stephen ‘Wonderboy’ Thompson Watches Himself Get Knocked Out By Pettis 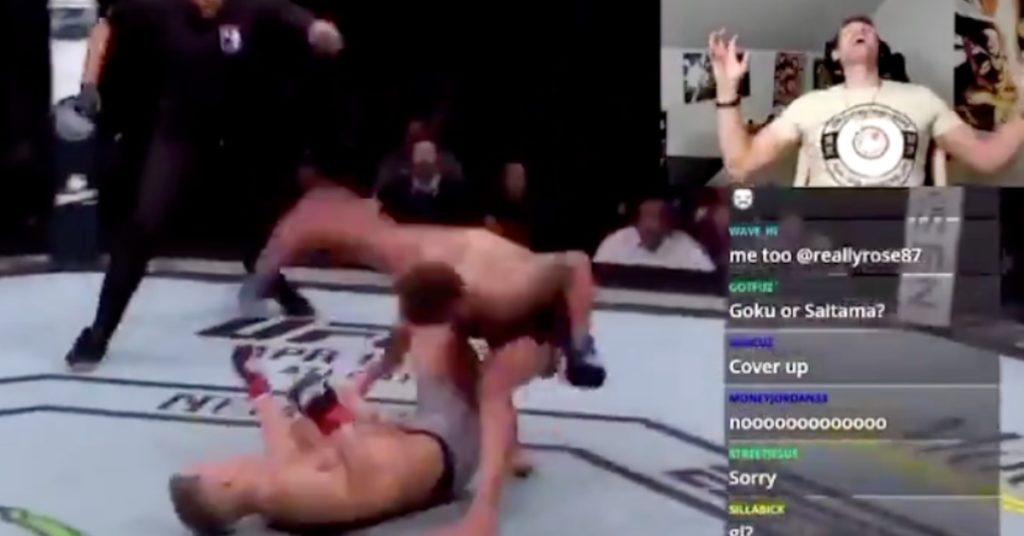 If you wanted a laugh during this period of quarantine and social distancing, Stephen “Wonderboy” Thompson has you covered.

In a recent live stream, the former UFC welterweight title challenger decided to rewatch his defeat to Anthony Pettis at UFC Nashville in March last year.

Going into the bout, Thompson was a huge favorite and it was easy to see why given how the fight was playing out in the first two rounds. However, with just seconds remaining in the second round, a backed up Pettis landed a superman punch that knocked Thompson out cold.

It was Thompson’s first-ever knockout defeat and to his credit, he handled it with class and humor as he was joking around backstage afterwards.

However, it’s obviously never nice to see yourself get knocked out and that was evident when “Wonderboy” decided to do just that.

You can watch his hilarious reaction below:

Wonderboy watching himself getting KO’d 💀💀💀💀 pic.twitter.com/I18Ac1e7vJ

On the bright side, Thompson did return to winning ways when he returned to action and outclassed fellow contender Vicente Luque over three rounds at UFC 244 this past November.

A couple more wins and the South Carolina native could see himself challenging for the welterweight title again.