Stephan Wonderboy Thompson Suggests Himself as Nick Diaz Next Opponent

UFC welterweight contender Wonderboy Thompson would like to welcome Nick Diaz back to the UFC as his first official opponent back with the company. 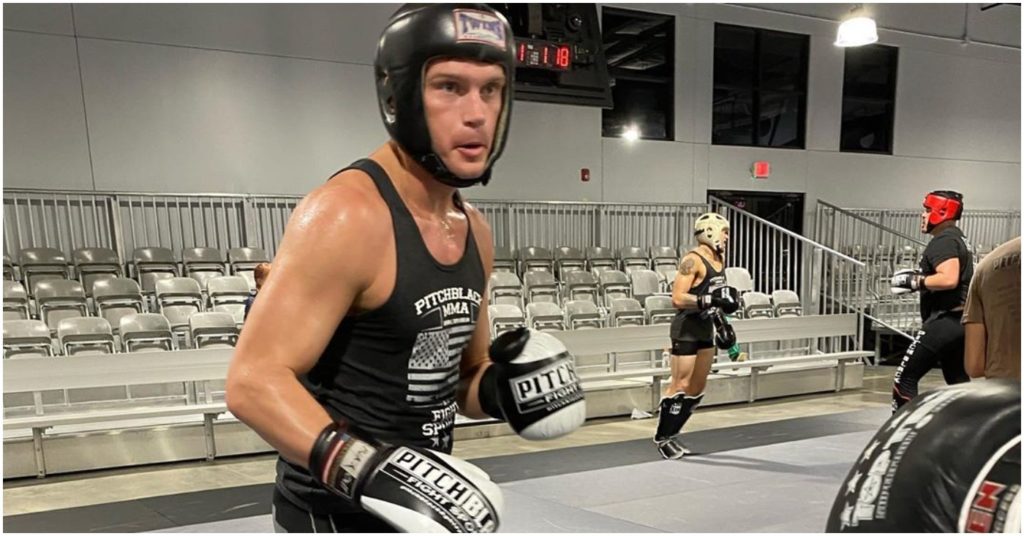 Recently, Ariel Helwani received a video of Nick Diaz. With an update on Nick provided by his manager Kevin Mubenga, Apparently, Nick just finished cutting weight. And, for the first time in four years, doing a test cut to prepare for a return to the octagon. After the word circulated that Nick would be trying to return, a host of fighters began to call out the Diaz brother. Most of the call-outs were ridiculous. However, Stephen “Wonderboy” Thompson has offered to welcome Nick Diaz back to the UFC octagon.

As the oldest Diaz brother, Nick was the first to harvest attention inside of the sport. However, it didn’t take Nate Diaz long to take that mantle, due to his encounters with Conor McGregor. Part of Nick’s absenteeism from the sport stems from a host of reasons. He has not fought since losing to Anderson Silva, at UFC 183. Then, testing positive for marijuana, leading to an athletic commission suspension of what was originally an insane five years.

Wonderboy Offers Himself at Nick Diaz Next Opponent

Now, it’s been over five years since Diaz has competed. But, Wonderboy is up for the challenge to welcome Diaz back to the UFC octagon in the Welterweight division. He replied to a tweet on social media to make it official.

“He (Nick Diaz) is keeping a close eye on the big welterweight fights coming up. He is “100%” planning on fighting again, per Mubenga, and is targeting an early 2021 return,” wrote Helwani on Twitter.

Wonderboy responded, “I’m down to welcome him back to the ranks! Would be an honor….let’s see where he’s at!”

Do fans believe that Wonderboy should get the nod when Nick returns to the octagon? Or, should the promotion look to secure a big name such as Georges St Pierre or Conor McGregor?

Regardless, fans of the sport are actually torn about the return. And, it seems the majority of them are concerned more about Nick’s health and safety, rather than him fighting.