The cards in question are the freshly launched UFC Finest cards. They officially debuted this week, so you will getting these high-quality cards straight off the presses just for your hilarious quip that’s under 140 characters. In each box you are guaranteed at least 3 autographs, and you have a damn solid chance of getting some fight-worn gear (I got some of TWAS’s fight-worn shorts!), but the holy grail is the fight-worn mouthpiece that is literally built into a card. Look at this. 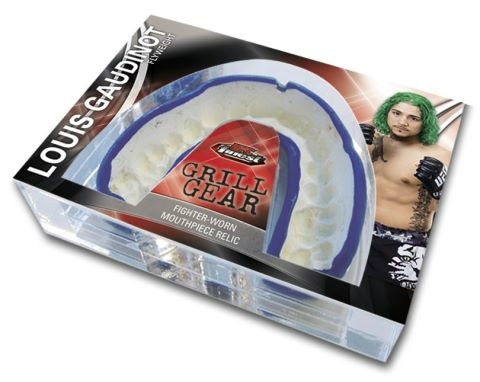 I got this autographed Chad Mendes card, sorry Cody. 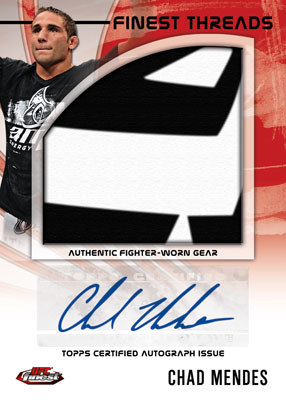 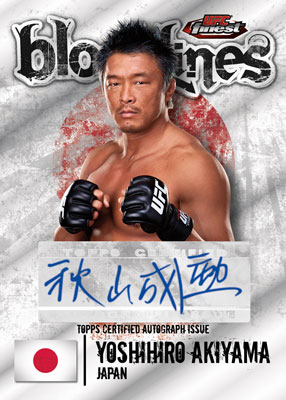 Strikeforce fighters and SF female fighters are in this set too. So start thinking about your one liners for Saturday night. A box of these cards would run you $100 retail, so we’re only handing these out to the top three tweets directed at MiddleEasy on Saturday night at UFC 149. These cards are awesome. I just got an Anderson Silva. I’ll trade you a Josh Koscheck and Michael McDonald for a Nate Diaz.

To repeat: The top three tweets at MiddleEasy will get an entire box of UFC Finest Topps cards! You must be following @MiddleEasy to win, and your brain must be awesome.

In his ONE FC debut, Andrei Arlovski doesn't plan to do the same thing he did against Fedor
← Read Last Post

Ray Sefo and Jay Hieron breaks down the movies ‘Prometheus’ and ‘Battleship’
Read Next Post →
Click here to cancel reply.