Robert Whittaker was left confused as well as a little annoyed by UFC president Dana White’s twisting of his words.

Whittaker is coming off an impressive unanimous decision win over Jared Cannonier at UFC 254 last month and was expected to face middleweight champion Israel Adesanya in a rematch next.

However, “The Reaper” was not too focused on a rematch following UFC 254 as he wanted to spend time with his family for Christmas later this year. He did add that he would be ready to compete in early 2021 and didn’t mind who his opponent was, though his plan was still to fight Adesanya.

White, though, took those comments as him not wanting to fight Adesanya which eventually led to him giving the green light for “The Last Stylebender” to move up and challenge Jan Blachowicz for the light heavyweight title.

And as far as Whittaker is concerned, the UFC head honcho took his comments the wrong way.

“I certainly think he took a little twist to what I said,” Whittaker told MMA Junkie. “I never said I don’t want to fight Izzy. That’s not something I said. I did not say that. I’m looking to fight March, April next year. I would like to fight Izzy. If Izzy’s moving up to fight Jan, then I’ll move up and fight him there if he gets the win. I want that fight. I do want that fight. We just had to work it into that timeline.

“I have no control on what the UFC’s going to do or what Izzy’s going to do, but whether he’s here at middleweight or up at light heavyweight, I’ll take the fight him.”

Whittaker: White Misinterpreted Me Or Twisted My Words

Whittaker wasn’t irked at Adesanya moving up to face Blachowicz as that’s something he initially said he didn’t mind for the time being.

What does irk him is White going public and claiming he didn’t want the Adesanya fight.

“It’s more the twist or how he took my words. Either he misinterpreted it or twisted it a little bit. That one took me for a little bit of a ride. But like I said, my timeline stands. That is the fight that I’ve earned.”

For now, what’s done is done — even if the Aussie wishes communication was a bit more open with the promotion.

“With the twist on words a little bit, it was confusing,” Whittaker added. “It was a little annoying, but it is what it is. Can’t change anything now. … It’s not something I can be upset about, because it is what it is. I’m more confused. That would be the biggest emotion I have right now – like, confused.

“I wish the open dialogue was there, I wish the communication was there because I’m pretty easy to work with. What’s been done has been done. My timeline stands, I’m going to look at fighting Izzy whether it’s at light heavyweight or middleweight, early next year. We’ll have to see how the dice roll.”

It’s certainly odd for White to claim Whittaker didn’t want the fight based off his comments and given the fact that the UFC never reached out to him in the first place.

However, this is not the first time White has changed the narrative either. 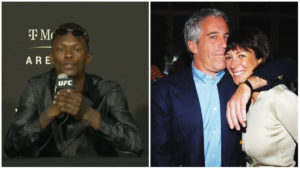 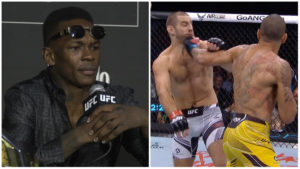 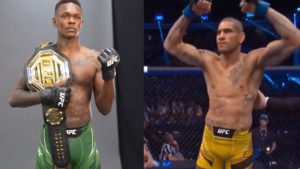 Alex Pereira Slams Israel Adesanya’s UFC 276 Performance: ‘People Were Leaving in Round Four Like the Fight Was Over’ 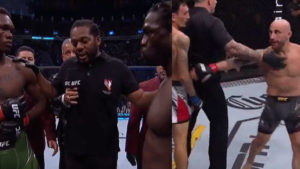 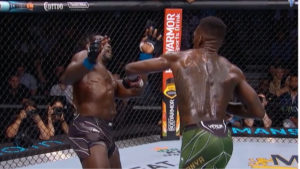