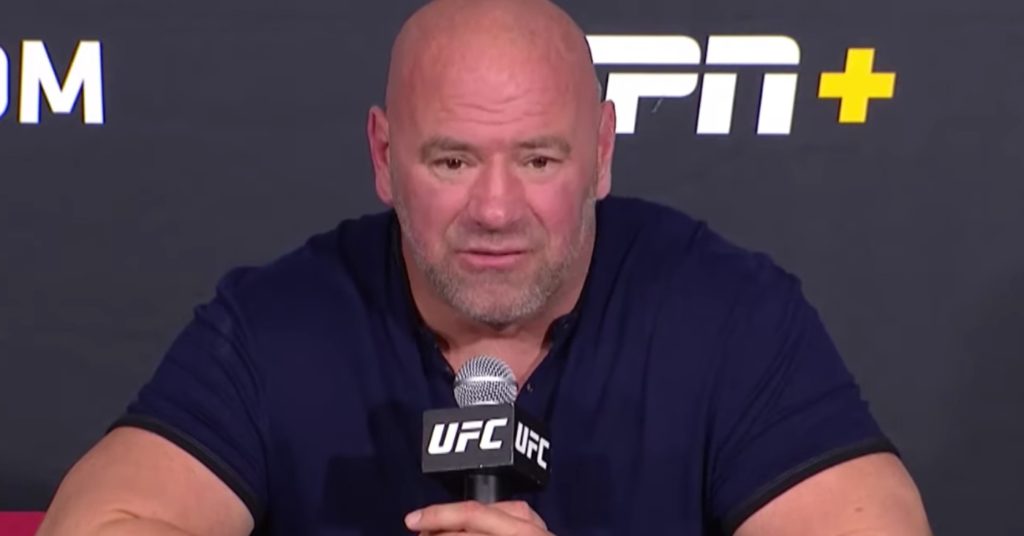 Woodley suffered a fifth-round TKO defeat to Colby Covington in the UFC Vegas 11 headliner last night. Although the TKO came as a result of his rib popping, the former champion was well on his way to losing yet another lopsided decision with Covington dominating proceedings throughout.

And according to White, it may be time for him to retire.

“I think that he should start thinking about hanging it up,” White said at the post-fight press conference. “He’s had a great career, he’s had a great run. You know, he’s made money.”

#UFC president Dana White admits Tyron Woodley "should start thinking about hanging it up" after #UFCVegas11.

It’s easy to forget that just two years ago, Woodley enjoyed a dominant title defense over Darren Till where he knocked him down before submitting him.

His performances since have ones to forget with “The Chosen One” struggling to pull the trigger and backing up against the fence.

But that’s not entirely new either according to White.

“Listen, I don’t want to have the whole ‘let’s sh*t on Woodley’ press conference,’ but Woodley’s had this throughout his career,” White responded when asked what happened to Woodley in recent fights. “He’ll come out and knock a guy out explosively and whatever, and then have a fight where they lay on the fence for five rounds. I wouldn’t say that this is shocking, like this has never happened before but I don’t know.

“Listen, we all get older, it happens. It happens to the best of us. But Woodley’s had a good career. He’s been a champion, he’s been around here for a while, had a good run in Strikeforce too.”

It seems like White’s mind is made up at least.