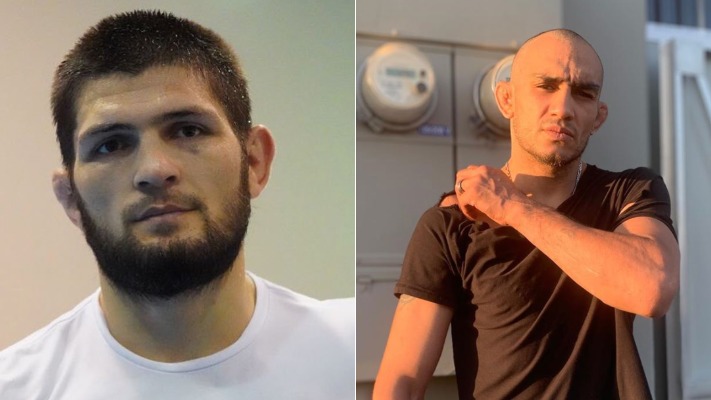 The pair have been scheduled to face each other in a dream matchup five times — with three of those occasions being for the lightweight title — only for the fight to fall apart on all five occasions.

It was most recently set to take place at the original UFC 249 event in April earlier this year until Nurmagomedov was stuck in Russia and unable to travel during the early months of the COVID-19 pandemic.

Ferguson was then scheduled to face Justin Gaethje for the interim lightweight title with the hope that he would go on to face Nurmagomedov later on in the year if he came out on top. However, as fate would have it, Gaethje would go on to deliver Ferguson’s first loss since 2012 and earn his shot at “The Eagle” instead.

Booking Nurmagomedov vs. Ferguson Again? White Open To It

Nurmagomedov will now face Gaethje in a lightweight title unification bout in the UFC 254 headliner on October 24 while Ferguson currently has no plans for his next fight after negotiations for a Dustin Poirier bout went south.

That said, White is still ready to book it for a sixth time if Nurmagomedov gets past Gaethje and Ferguson wins another fight. Even if the prospect of doing so scares the UFC head honcho.

“If Khabib does beat Gaethje, you get Tony Ferguson another fight, which we’re working on right now,” White told Sports Illustrated. “And hopefully that fight with Khabib happens because I know people want to see it.

“I don’t think I’ve ever seen a fight fall apart as many times as those two. It almost scares me to make the fight again. What’s going to happen? An asteroid comes to earth? That’s the level of bad this thing is.” 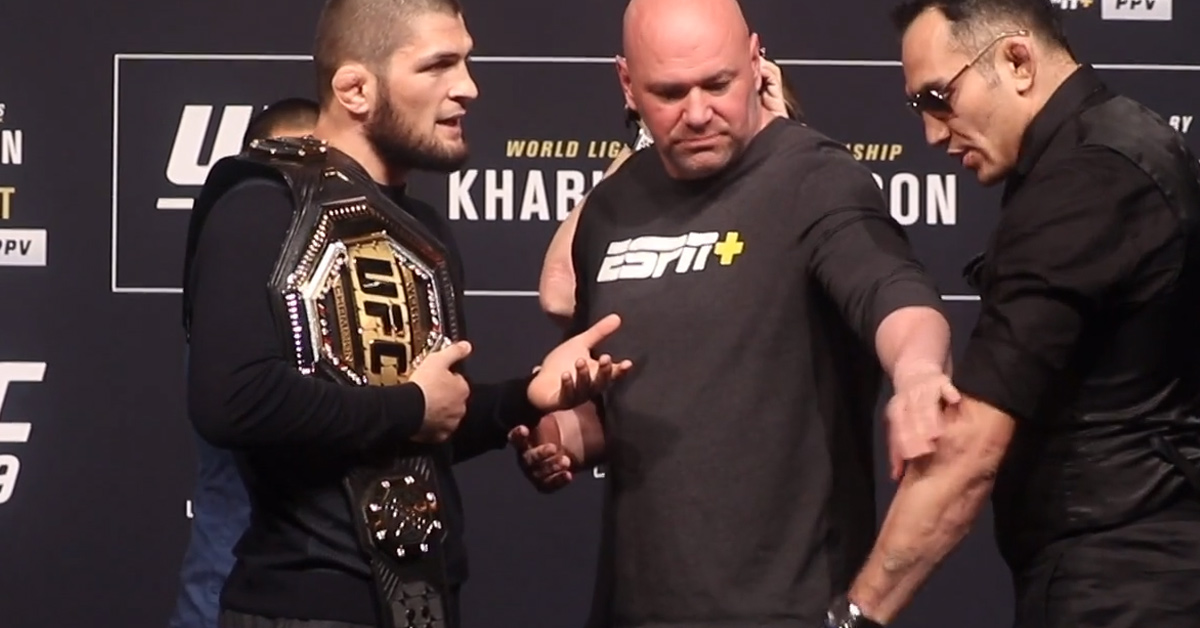 Nurmagomedov recently mentioned that White had something special planned for him should he beat Gaethje later this month. Instead of a super fight with Georges St-Pierre, perhaps it’s something to do with Ferguson?

Mike Perry Opens Bidding For Fans To Be In His Corner
Read Next Post →
Click here to cancel reply.