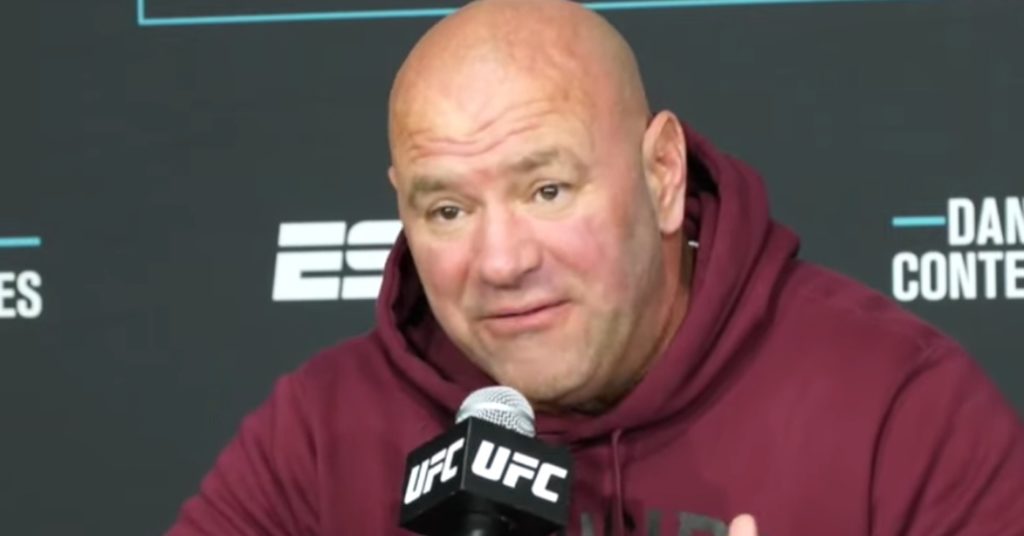 UFC president Dana White is trying to loosen up the rules when it comes to marijuana. That said, he still believes testing is required.

In addition, UFC welterweight Niko Price will see his temporary suspension extended after he tested positive for marijuana following his majority decision draw with Donald Cerrone in September. He is expected to receive a sanction at the NSAC’s next meeting in December.

Marijuana has been a major talking point in mixed martial arts with many wanting it off the prohibited substance list completely.

After all, a recent poll that surveyed 170 fighters, nearly half — or 49.5 percent — revealed they used marijuana for recovery or recreational purposes.

The current threshold for tetrahydrocannabinol (THC) —  the primary psychoactive constituent of cannabis — is not allowed to be in concentrations higher than 150 ng/mL during the period from weigh-ins till a fighter leaves the cage.

And while White was surprised to hear that fighters went above the threshold and revealed he is working with the NSAC to loosen up the rules further, he still believes testing is required as fighters can’t show up for fights while they’re high.

“I didn’t even know,” White said at the post-fight press conference of the Contender Series on Wednesday when told about Niko Price’s sanction. “We’ve been working on that [changing the commission’s stance on marijuana] for a long time. I’m surprised that actually happened. They must have been way over the threshold then. I don’t know, I didn’t even know that.

“… I don’t think you can not test. When you’re in-competition, you have to test these guys. You can’t let somebody go into the ring high. It just can’t happen. So yeah, I don’t know what to do with that. But we’re trying to loosen it up. But at the same time, you can’t have guys showing up high.”

For now, with the current rules, it won’t be a surprise to see more and more fighters continue to test positive for marijuana and receive suspensions — all for something that doesn’t enhance performances in any way.

You can watch White’s full post-fight press conference below: