It sounded nice when UFC President Dana White announced a long-term health care plan for his fighters. However, White jumped the gun and is retracting the statements he made

UFC commentator Karyn Bryant recently held a Q&A for fans to ask Dana White any question that they had for him. One of the questions was f the UFC would offer full-time health benefits to fighters post-retirement. Surprisingly enough, White threw fans for a loop, responding that the organization is working towards that goal soon.

“Will the UFC ever offer their fighters full time health benefits so they can have them after their careers are over and possibly deal with life altering issues from fighting,” the fan wrote on Instagram. 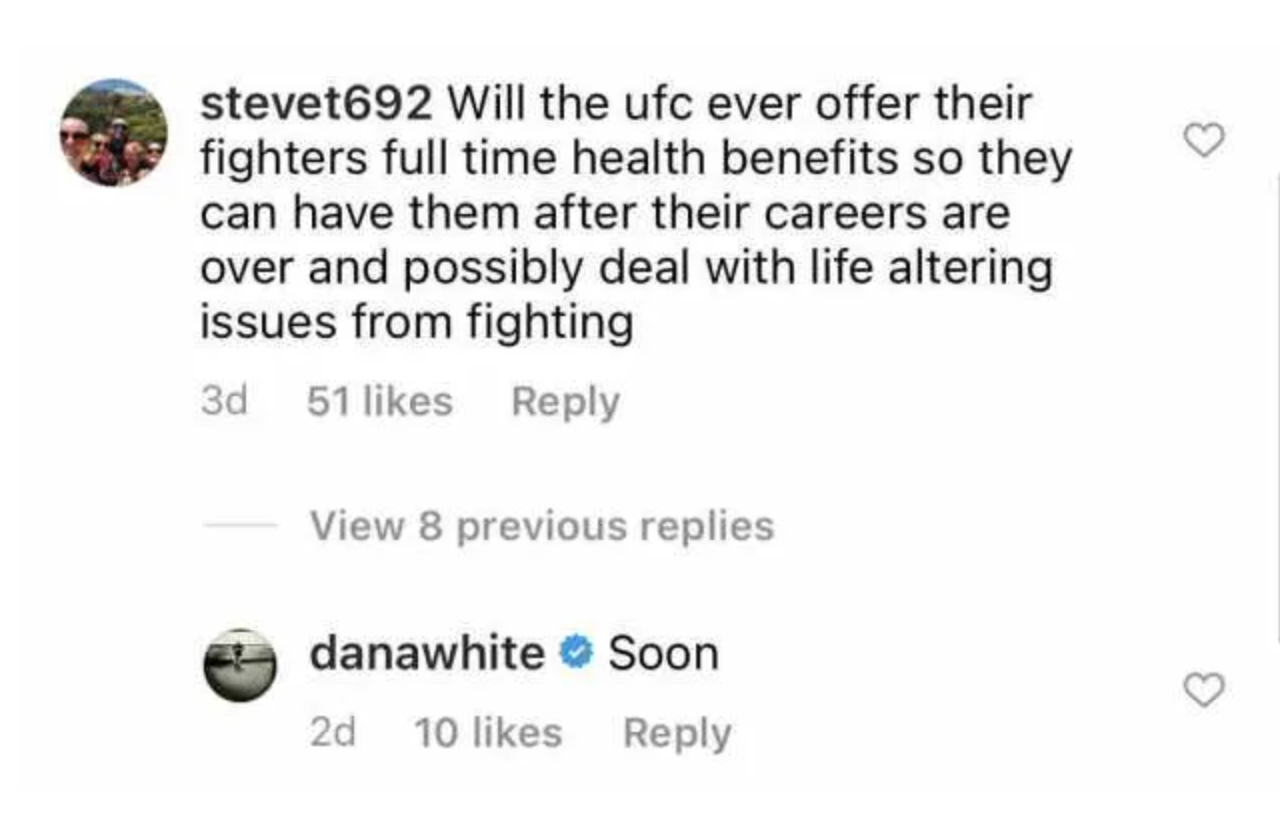 Fans initially began to commended White for the gesture and get on board with the program. However, White cleared up his comments in a recent interview with MMA Junkie.

“Yeah, uhm, that actually wasn’t a Q&A, that was on Instagram,” White said. “I responded to the wrong guy when I said ‘soon’ (laughs). That was wrong actually, I responded — I noticed that later, that I had said, ‘soon’, but it was on the wrong post. I wasn’t talking to that guy. It was somebody else.“

Now, that seems more on-brand with the organization. White claimed that he responded to the wrong person during the Q &A.

The message was not the first time Dana White said there would be a benefits package for retired fighters. But, it looks like, as of now, Dana plans on keeping all of the ideas under wraps probably until there is a concrete plan on how to roll out the benefits.

A host of fighters and fans wondered why the journalist from MMA Junkie didn’t follow up with an explanation for Dana’s words. However, Dana is the one who went back on his words, not the innocent journalist.