When One FC takes over MMA in Asia, remember this article

Most of you were disappointed at Hollywood’s recent attempt at ‘The Green Lantern‘, but a large percentage out there recognized the sheer control over reality the power ring imbues on the user. To the untrained eye, one would perceive the ring as the greatest artifact to be conceived in any comic book universe, but you are mistaken.

The cosmic tyrant Thanos obtained six ‘soul gems’ which were spawned from the remains of an omnipotent being who committed suicide due to his loneliness in eternity. Each of the six gems represented a mastery over the universe (Time, Space, Mind, Soul, Reality, and Power), and when embedded on the Infinity Gauntlet, rendered the wearer omnipotent, omnipresent as well as a heap load of other ‘omnis’ that we’re not sophisticated enough to explain. Essentially, the person who donned the Infinity Gauntlet effectively became the most dominate force in the universe, even more powerful than time and space itself. In Thanos’ selfish aspiration to control all aspects of reality, he made a deal with Death to eradicate half of all sentient life in the universe, a task which he accomplished with the flick of his alien finger. With half of the universe’s population expunged, the remaining superheroes (and supervillians) teamed up to battle Thanos and his newly acquired device. Apparently, these guys didn’t receive the cosmic memo of what the Infinity Gauntlet was capable of. After a rather short and seemingly effortless battle, Thanos killed all of his opponents and eternally imprisoned the remainder of the celestial beings that were impervious to death including Galactus, Adam Warlock, Kronos, Living Tribunal, The Celestials along with Order and Chaos. Once Thanos defeated Eternity, he willed himself into the living embodiment of the universe, foolishly leaving his mortal body (and the Infinity Gauntlet) unattended. Thanos’ estranged granddaughter, Nebula, found Thanos’ comatose body, stole the Infinity Gauntlet and banished Thanos in order to fulfill her own pursuit of universal domination. Now powerless, Thanos agreed to help Dr. Strange and the handful of superheroes that he could locate in the ether of time to defeat Nebula. When the rag-tag team confronted Nebula, Thanos exploited her inexperience with the Infinity Gauntlet and tricked her into restoring all sentient life in the universe. This enabled the cosmic pantheon (that Thanos destroyed earlier) to pull off a full-assault on Nebula, which mentally distracted her from formulating a more direct assault on her attackers. While in battle, Silver Surfer and Adam Warlock stole the Infinity Gauntlet, removed the soul gems and separated them so they could never be used in conjunction ever again. As of July 13th, One FC obtained MMA’s equivalent of the Infinity Gauntlet and it’s expressed entirely in their incomprehensibly large television deal with ESPN Star Sports and MediaCorp.

As it stands, One FC is now the largest provider of MMA in Asia and it will launch a series of three events including ONE Fighting Championship, the ONE National Qualifier Series and the ONE Life Reality show, all of which will be placed in 500 million homes in Asia. Using the Infinity Gauntlet as an example to illustrate the sheer power of that number is highly appropriate. In fact, that’s the only way I can get you guys to wrap your brain around the impact this will have on entertainment in Asia. One FC’s first event will be broadcast live on ESPN Star Sports which is a joint venture originating from Disney and News Corporation Limited. The company has a cumulative reach of 310 million homes in Asia and ESPN Star Sports separately owns seventeen networks that are located in twenty-four countries in Asia. In essence, ESPN Star Sports is the only place to go for your sports needs in an area of our planet that accommodates 3-4 billion people. The other half of One FC’s equation, MediaCorp, is the only terrestrial broadcaster in Singapore. The company owns seven free-to-air channels and for One FC’s inaugural show on September 3rd, the event will air on Mediacorp’s ‘Channel 5’ during a prime-time slot, making it available to anyone with a television. Cable is not a requisite.

‘Champions vs. Champions’ will be the organization’s first event and it will feature sixteen Asian champions, all fighting for MMA supremacy inside the Singapore Indoor Stadium. Expect the full fight card to be announced on Monday, but I’ve been told that quite a few big name Japanese fighters will be participating in the inaugural event. What we do know is that muay-thai champions like Namsaknoi, Anuwat Kaewsamrit, Ole Laursen, Orono Wor Petchpun, Yoddecha Sityodtong are part of One FC’s ever-expanding roster. If you’re an avid muay-thai fan, then you should probably wipe the saliva from your mouth. These guys harbor an indescribable fanbase in parts of Asia. When they’re in public, they get mobbed by people on the streets. We’re talking about Justin Bieber-like fanaticism here.

When I visited Evolve MMA in Singapore this April, I witnessed Asia’s budding MMA scene first hand — and it involved me getting my body handed to me by muay-thai champs with over 300 fights under their belt. Above all else, I noticed a steady trend within Asia that is posturing the continent for a cultural explosion. Whatever quantifiable amount you can imagine the impact One FC will have on Asia, it’s larger. We’ve witnessed the apex of Japanese MMA with Pride FC and its successor, DREAM. Now in the purgatory that Japanese MMA resides in, the emergence of One FC as a leader in Asian MMA is so perfect that it’s borderline hilarious. They have the Infinity Gauntlet, and it’s solely up to them how they will use it. 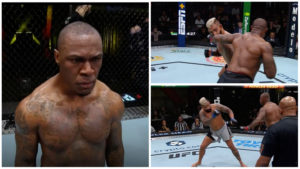 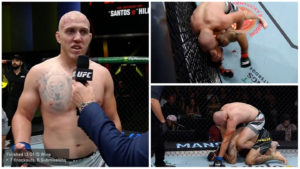