What happens when you combine Ron Jeremy, gluttonous eating and MMA? We aren’t sure but it appears to be going down on June 21st

Apparently Ron Jeremy, who has had mini associations with the sport of MMA over the years is back at it again as a guest MC for the AMIR Fighting Championships in California this Thursday night. If that doesn’t seem strange enough for your fetish filled minds, add what is being referred to by the promotion as a ‘gluttony eating contest’ to the mix and there’s the makings for a really twisted Ron Jeremy film plot. But it is just an MMA show -not a freaky porn flick. Here’s a preview of the flyer for the event that goes down this week: 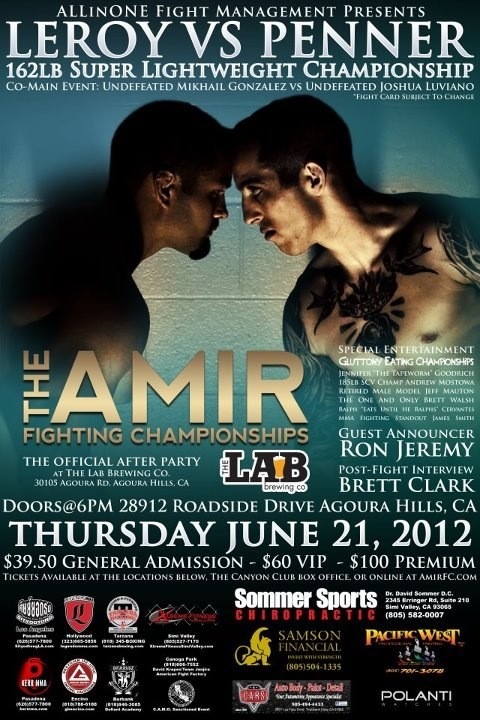 This fan made UFC 149 poster really captures the essence of the event
Read Next Post →
Click here to cancel reply.