However, Weidman Is Looking To Fight Chimaev In January While The Latter Wants To Compete On December 19 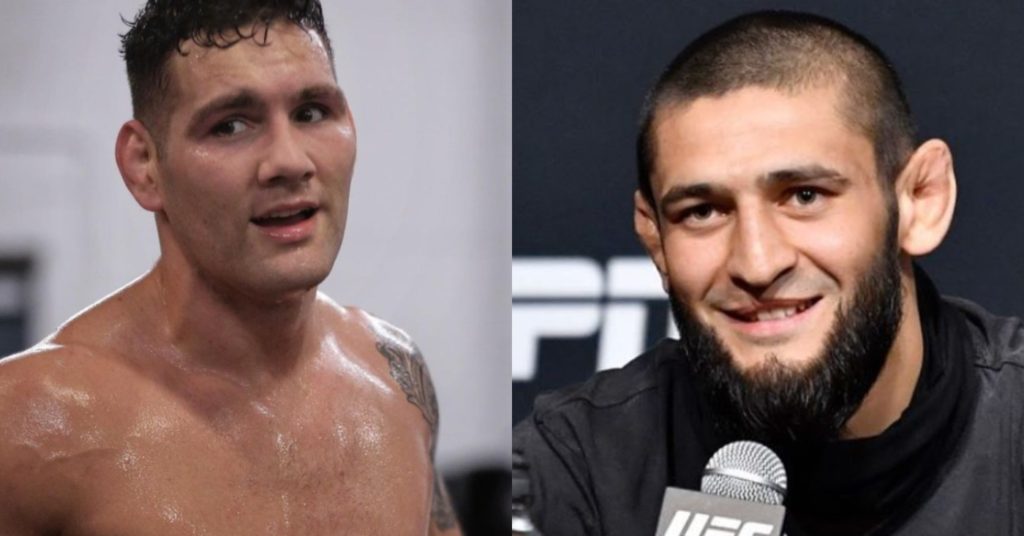 Chris Weidman is willing to fight Khamzat Chimaev — but only in January.

It’s been a struggle for Chimaev to find a ranked opponent as he looks to compete on December 19 which is the final UFC card of the year.

UFC president Dana White was hoping to have a fight confirmed for him by now, but it appears more time is needed for “The Wolf” to secure his next fight.

Earlier this month, Chimaev notably claimed the likes of Weidman and Stephen Thompson had turned him down. And on Friday, the former middleweight champion in Weidman took to Twitter to finally respond to him.

“This guy Chimeav needs some humbling would love to do that. January I’m in! @ufc make this happen,” Weidman wrote.

It didn’t take long for Chimaev to respond though he questioned why Weidman couldn’t fight him sooner.

“Whenever you want I will smash you. I don’t understand why you need so long time ? If u are a fighter you must always be ready👊🏼”

Whenever you want I will smash you. I don’t understand why you need so long time ? If u are a fighter you must always be ready👊🏼

White: Weidman One Of The Guys We’re Talking To

As a result, Weidman joins Neil Magny in being one of the few to offer to fight Chimaev. However, it remains to be seen what the plan would be if he is only willing to fight in January.

White has claimed that the plan is for Chimaev to headline the December 19 card but given how the latter likes to remain active, it’s more than possible he fights on that date before taking on Weidman a month later.

For now, all we know is that Weidman has been considered by the UFC.

“I saw that [Weidman’s tweet]. Chris Weidman is one of the guys we’re talking to,” White said during a Friday media scrum about Weidman potentially fighting Chimaev.

As White likes to say, we’ll just have to see how things play out.

Daniel Cormier: Israel Adesanya 'Is Dangerous' For Everyone At Heavyweight Except Francis Ngannou
← Read Last Post