If you know all the words to ‘Frosty The Snowman,’ then Jeff Monson has a reasonable explanation as to why your brain has been conditioned by an oppressive system built on capitalism and less on the fundamentals of humanity, which is morals, art and compassion for the unfortunate. In anarchism, the government is deemed unnecessary and the best society is one that is run by the people on a voluntary basis. See, it’s not all about setting trash cans on fire and drawing grungy anarchy symbols on the sides of buildings.

The Snowman has a lot to say about your current perception of Anarchism. There’s a good chance that he believes that what you believe is entirely incorrect. However for Halloween night, he tossed aside all of his anarchist ideologies and dressed up like — a friggin’ Telletubby. Not only any Telletubby, but the one that was rumored by certain Christian organizations to be ‘gay.’ Not sure how they came to that conclusion — but it exists in popular culture, and it’s ridiculous. Now check out how the purple Teletubby outfits appears on the scariest looking guy at heavyweight. 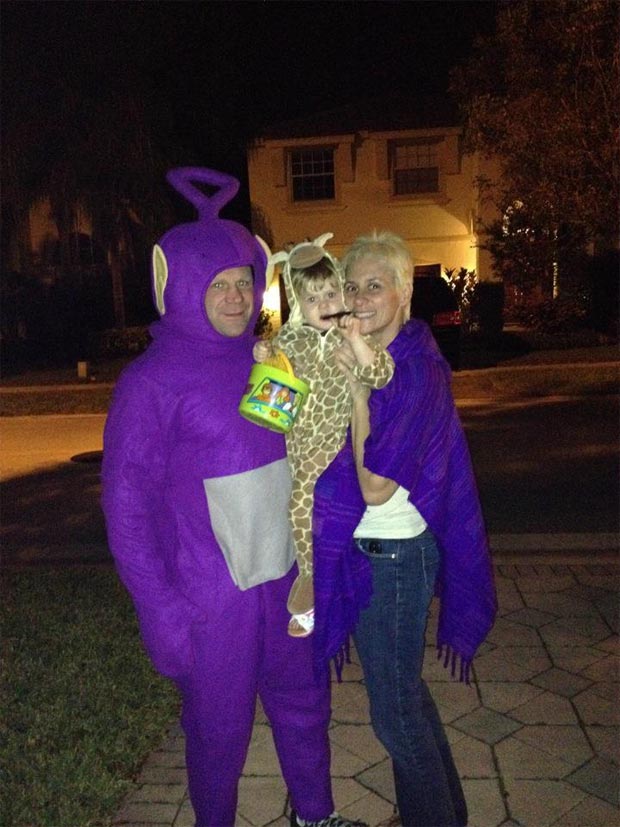 If you're on the East Coast and stuck indoors, check out the Halloween episode of the Tommy Toe Hold Show
← Read Last Post

We still haven't seen Wing Chun in MMA, but this guy claims it can prevent all takedowns
Read Next Post →
Click here to cancel reply.