I guess the equivalent to me losing a title fight would be a 2005-era Jason playing vanilla World of Warcraft and missing the roll on Atiesh, Greatstaff of the Guardian, then getting a text by a 50 pound heavier WoW player saying “hey, shame you don’t have Atiesh, Greatstaff of the Guardian too, bro. I’m going to go teleport to Kharazhan, Medivh’s haunted castle that won’t open until the next expansion – Burning Crusade.”

Everyone knows very few people in this world get to upgrade their belts to ‘legendary‘, and unfortunately for Urijah Faber, he missed out on his chance to place the UFC interim bantamweight title around his waist to gain +10 in rawsomicity. That doesn’t mean he can’t get a digital pat on the back from the Gangster from West Linn, Oregon with standard text rates applying. 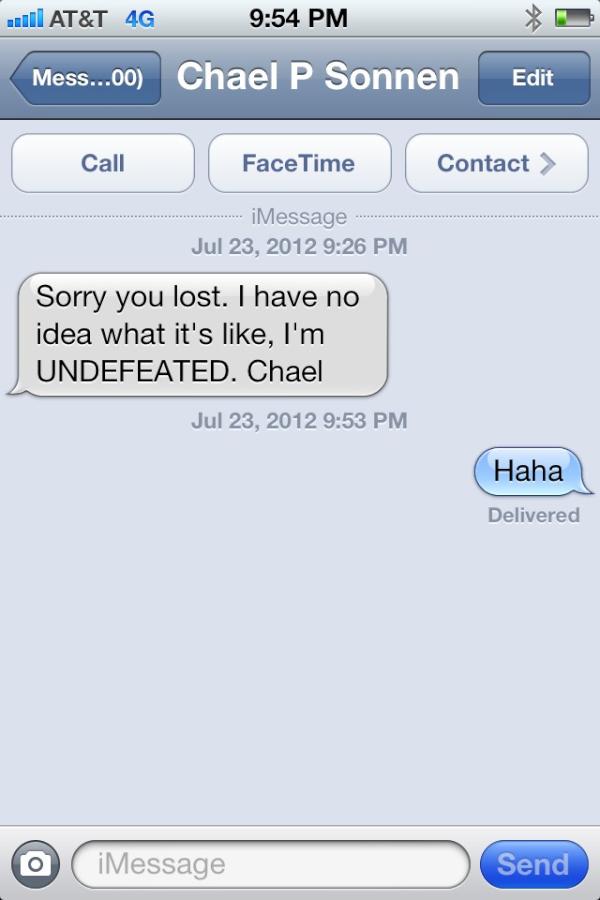 You can't resist watching yet another video of a Gracie preparing juice
Read Next Post →
Click here to cancel reply.