Before Super Fight League was a budding MMA promotion from India, it was an underground organization where all of Mega Man’s super villains would go to test out their primary weapon. In fact, it’s well known that ‘Bubble Lead‘ was created one Tuesday night in Super Fight League back in the late 80s. Flash Man should sue those guys for copyright infringement. In reality, it would be impossible for Flash Man to sign any contract since he has one over-sized gun blaster as an arm. Jeez, what was his parents thinking? They should have known he would be made fun of the rest of his life with those things. If I were them, I would have opted for surgery when he was a kid and give him an actual arm. What a sad life, this Flash Man.

A Sherdogger noticed an interesting trend in the design of Super Fight League’s belts and that of Strikeforce’s championship strap circa 2007 — they’re the same. Granted, the belt from Super Fight League has ‘SFL’ on the front, but everything else is virtually identical. That’s my shout-out to Goldie, get well soon bud.

If you don’t believe us, have a glance at these belts. Go ahead, we dare you. 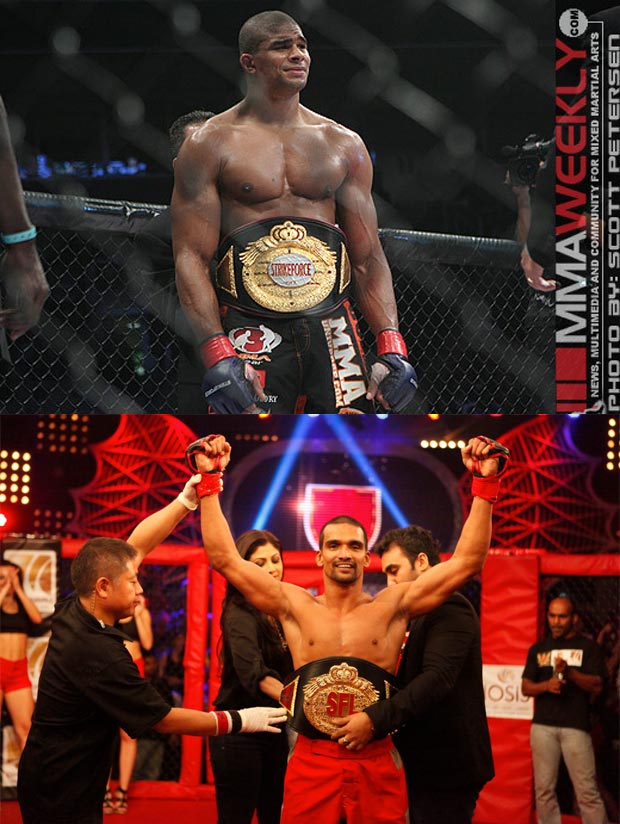 Meanwhile, in Russia, organized teams of women are fighting in the frigid winter
Read Next Post →
Click here to cancel reply.