EXCLUSIVE: @RondaRousey is all smiles as she looks ahead to signing her #RAW contract tonight at #WWEChamber! pic.twitter.com/7HDoCLvAe6

WWE chief executive Triple H and Stephanie McMahon spoke with glowing praise for Rousey before inviting her to the ring to sign the contract.

"Rowdy" @RondaRousey had a message for the @WWEUniverse when she arrived at #WWEChamber to sign her #RAW contract! pic.twitter.com/5DRmgUu0XL

Rousey was noticeably emotional as she took the microphone from deputy commissioner Stephanie McMahon as the Las Vegas crowd chanted her name.

There she signed her WWE contract to compete at April’s WrestleMania. Match will apparently be Ronda Rousey and WWE legend Kurt Angle vs. Triple H and Stephanie McMahon.

Angle told Rousey that HHH and Stephanie MacMahon wanted revenge for what happened at WM31. He somehow looked both incredibly goofy and incredibly nervous as he did this.

That trigger a physical confrontation in which Rousey picked up Triple H and threw him through a table: 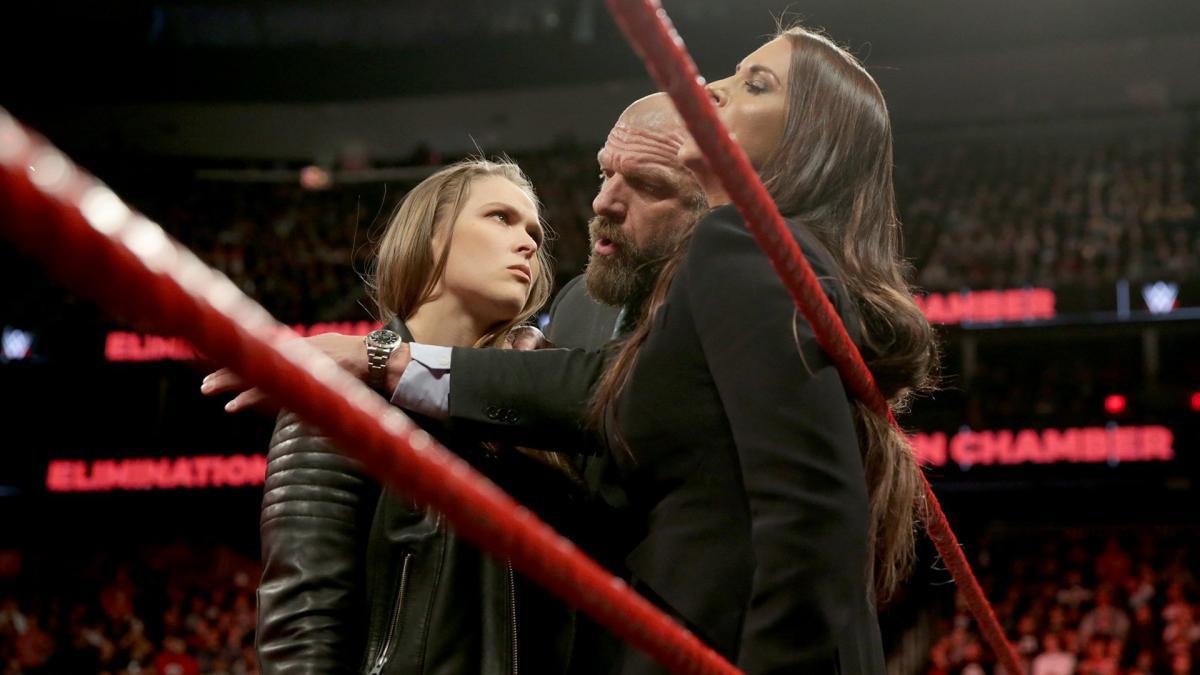 Obviously, WWE is going to play it all out in front of the massive crowd to hype up the anticipation of her first real match at WrestleMania on April 8th.

Fans and others caught glimpses of the UFC light heavyweight champ Daniel Cormier, Michael Chiesa, Rousey’s husband, Travis Browne and others who were there for the show and to offer the former UFC women’s bantamweight champion support.

No one was happier for Roman Reigns than Daniel Cormier, pic.twitter.com/TBwPzJnTP3

And last night’s messy contract signing was an excellent start towards building that feud. Ronda has previously said that wrestling is her “life” now – so no doubt there will be plenty of time for her to get used to the entertainment side of the business.

Was It an Illegal Knee? Watch the Fox Sports 1 Crew Have the Most Endless & Annoying Debate in Television History
← Read Last Post