We thought we were all done with Mauro Ranallo and Bas Rutten’s appearance last week on the Joe Rogan Experience podcast, but this amazing extra features story leaked out. And the story is just too wild, too insane, too funny, too intense, not to be retold one more time. This story involves Enson Inoue walking around the Pride locker room like a badass.

In the early days of No Holds Barred or Shoot Fighting the 5’11 210 pound human wrecking machine Enson Inoue was one of the sport’s original dudes who no one wanted to fight. Inoue took on a Hall of Fame wing of MMA trailblazers in both Pride and the UFC in the 90s and early 2000s.

Which brings us to a high as a giraffe’s ass Mauro Ranallo messing with Inoue backstage at a Pride show? Yup, Ranallo went there and paid for it. Let the voice of Pride FC tell the story with some assistance from Rutten

Bonus: Now read about Inoue’s side of the story which is even more epic, even by old school Pride stories 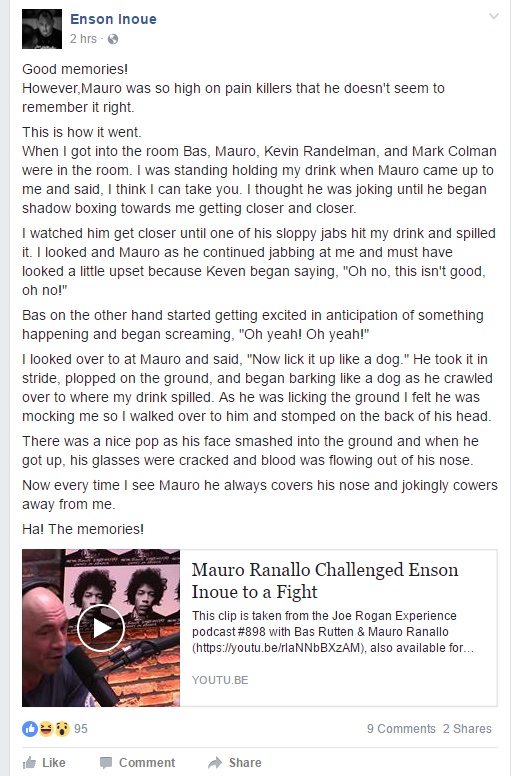 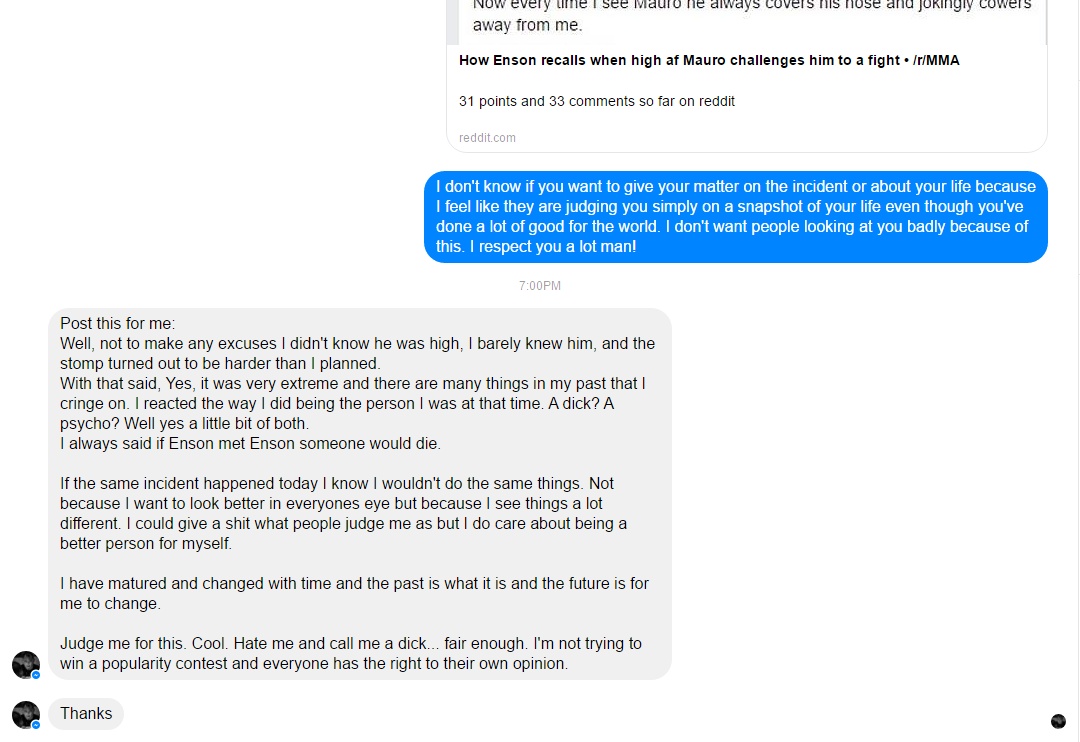 H/T to Donbruh for the screen caps

Video: Watch one of The Best Damn Women's MMA Highlight Vids of All Time
Read Next Post →
Click here to cancel reply.