Few months ago, the Belgian actor and martial artist Jean-Claud Van Damme Jean-Claud Van Damme was a guest at Team Alpha Male (TAM), showing the guys some technique and train with some of the UFC fighters in the team. Former bantamweight champ Cody Garbrandt shared a story, where he ended up wanting to beat up the 57-year-old actor Damme.

The sparring video of them has just recently surfaced.

As Garbrandt tells it all at the Real Quick with Mike Swick podcast that retired boxer Damme wanted to “beat his ass” for hitting him during filming.

The footage shows Damme – who is known for his martial arts action movies – toying with the 11-1 Garbrandt. Van Damme threw several jabs but then suddenly hit a brutal kick to Garbrandt’s face, which caused a real reaction from former champ and Cody yells in frustration. Van Damme immediately runs toward Garbrandt and apologize to him.

After the incident, Garbrandt went on to say that it was a big shock to him and admitted that he did not want to spend any more time with the Damme as he was super pissed. 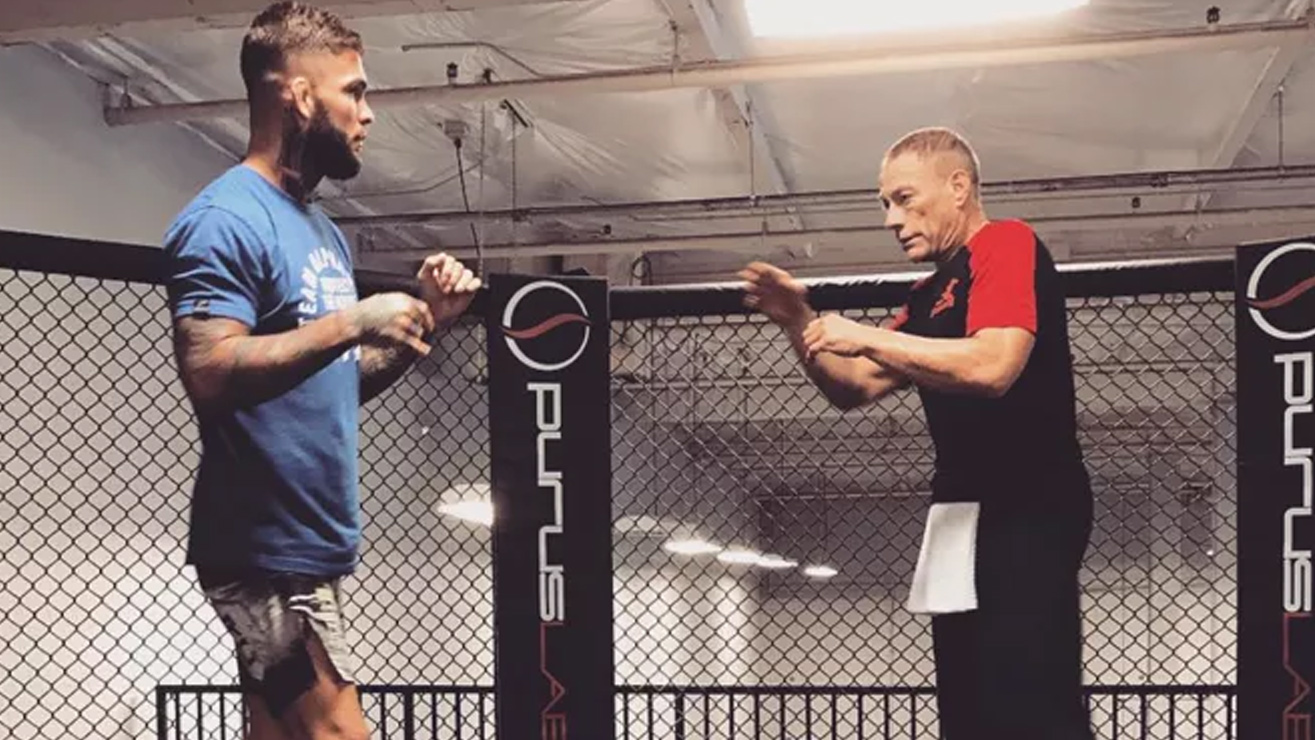 “It is what it is,” said Garbrandt. “We ended up hanging out, turned into a good trip with Jean. He had some really good kicks, I’m not going to lie.”

A Lesson in Street MMA: UFC’s Ben Saunders records a fight outside a bar, we watch
Read Next Post →
Click here to cancel reply.