Watch Dana White: Nate Diaz Wants To Fight, I Can Make Him A Offer To Fight Today

Nate Diaz teases his UFC return sometimes this summer, and UFC brass Dana White is more than happy to find him an opponent.

It may seem hard to believe it, but it has been more than 16 months since we last saw Nate Diaz enter the UFC Octagon.

The last time, being the his ill-fated decision loss to Conor McGregor way back in August 2016. Many thought we wouldn’t see a return for the UFC star until he could secure a third straight fight in the UFC against McGregor. With the two secured at one win each, the fight would be one of the most hotly anticipated in history.

Speaking exclusively with TMZ, UFC president Dana White gave a very quick answer when the situation was brought up, said that he would consult the current rankings and availabilities, but would make Nate Diaz an offer that very day.

“I’ll tell you what, I’ll call him today and make him an offer,”

“I don’t know, I got to look at the rankings, see where everybody is,” White continued. “I will make Nate Diaz an offer to fight today.”

Nate Diaz was once linked with a welterweight title shot against Tyron Woodley in UFC 219’s main event. Woodley was willing to delay surgery in order to finally accept a money fight. However, the UFC supposedly low-balled Diaz with their offer and lack of fan enthusiasm saw the story swiftly run out of steam.

Despite the massive drawcard, Dana White does not plan on giving Nate Diaz a matchup against UFC welterweight champion Tyron Woodley.

“The reality is there’s real guys like Rafael dos Anjos and guys in line waiting for that fight,” White said. “There’s so many guys that deserve that fight before Nate does, and they’re going to get it.”

But as for the ever-tantalizing Trilogy Fight between Nate Diaz and Conor McGregor, White was quick to put the possibility to rest. 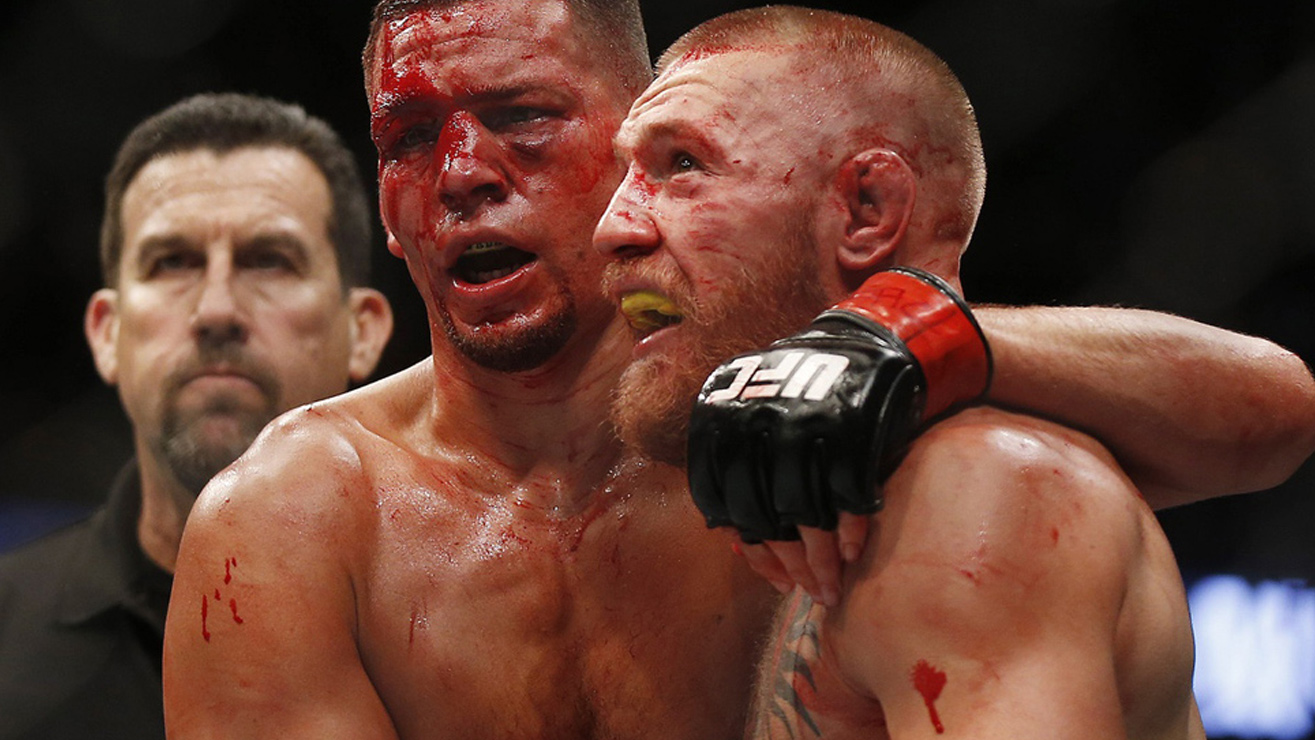 “I think people would rather see Conor come back and either fight Tony or Khabib, whoever wins,” White said. “And the Nate Diaz fight ain’t going nowhere. We can do that thing anytime.”

Who would you like to see Nate Diaz matchup for his UFC comeback?

Pic: UFC.com blows it, lists Joanna Jedrzejczyk as champ & still has her with belt at UFC 223
← Read Last Post

Report: What's the best possible MMA Army to take into battle with you?
Read Next Post →
Click here to cancel reply.