Clay Guida lives in an RV and travels the country while occasionally parking his ride in New Mexico to train at Greg Jackson’s camp. In short, that makes him an infinitely cooler human being than any of us. The last time I saw Clay Guida, the guy was scooping cold shrimp in a buffet line at the MGM Grand. We talked about how the pineapples were ‘rocking’ and he told me that was up all night trying to find his brother on the strip of Las Vegas. Clay Guida is the type of guy that would be willing to repair a keg tap at any given moment at a house party. He’s the guy that would lock the door and shut the blinds just before the cops knock on the front door.

While Clay Guida (and Melvin Guillard) may be the easiest caricatures to identify in this piece by Scadilla, we’re almost certain that no one will be able to provide the names of the other fourteen lightweights — and if you do, you’re the world champion of the world for today only. 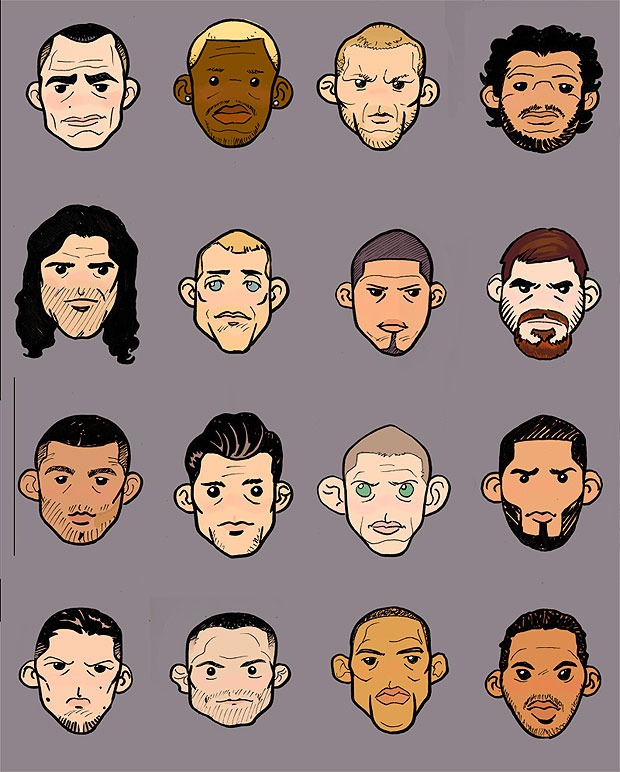 Chael Sonnen can now use all the testosterone he wants, granted TRT clearance by NSAC
← Read Last Post