Wanderlei SIlva and the Sport’s Most Infamous Dick Kick 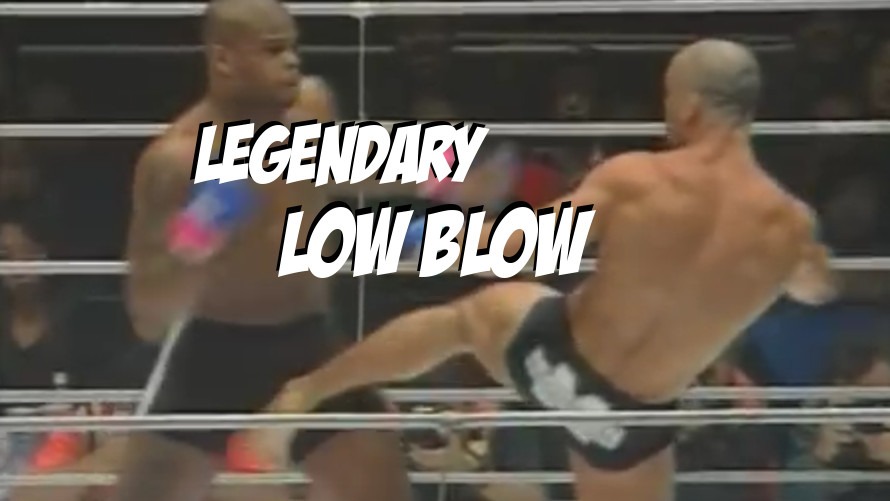 Wanderlei Silva became a legend in the sport of mixed martial arts on the back of a seven year career in Pride FC, a run that included 22 victories, a five years undefeated streak, and a Middleweight championship run. This near flawless run was not without it’s hiccups though. During his first five years with the promotion, “The Axe Murderer” went undefeated, but one fight against Mirko Cro Cop went to a draw. Another fight, just his fifth with the promotion was the most savage No Contest the sport has ever seen.

During Pride 11: Battle of the Rising Sun, in Fall of 2000, Wanderlei Sliva was set to fight Gilbert Yvel in a Heavyweight bout. Pride understood the inherit joy in watching Wanderlei fight bigger guys. The Osaka crowd was able to enjoy roughly 20 seconds of this much anticipated matchup before Wanderlei lands the cup-kick heard ’round the world. Gilbert Yvel’s dong would never be the same.

If you want to fast forward to the action, click here. You won’t be waiting long for Mr. Yvel misfortune. But you will miss hearing the excitement of the announcers eager to see a great striking affair, which only makes disappointment and despair of the post-kick aftermath all that more enjoyable. The damage from this kick is immediately devastating. Gilbert drops with the trademark delay, bowing in prayer to a God that’s clearly forsaken him. The next six minutes or so is filled with an increasing number of Japanese physicians trying to look at Gilbert Yvel’s d**k. At some point he is surround by no less than eight Pride “doctors” (I am highly skeptical all eight hold PhDs) all attempting to paw at Yvel’s junk. He reacts like an angry, wounded Hulk, nearly throwing aside doctors, as he grimaces from merely moving his maimed genitals. This are the moments that define the bizarre side of Pride.

To top all this insanity off, Wanderlei is celebrating the No Contest as a victory. And because this is Pride, the weird doesn’t end there. In the only logical conclusion to this episode, Gilbert apologizes to the fans in attendance for not continuing to fight after getting his d**k punted by Wanderlei Silva. Yes, he apologizes who calling off the fight. Moments like this one captures why the spirit of Pride is so desperately needed in our modern MMA.