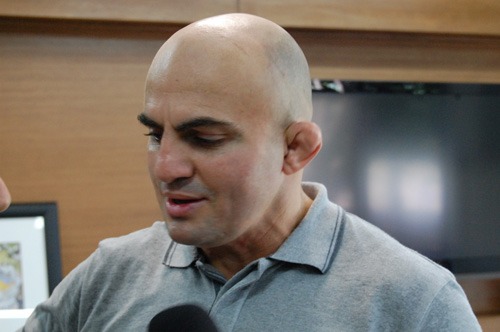 Today, while you were waking up late and microwaving a breakfast burrito to watch The Maury Povich show, the remainder of planet earth celebrated the opening ceremonies of the World Cup by drinking excessively and adorning themselves with multi-colored attire to display their national pride. We might not consider soccer much of an attraction here in the United States, but in countries like Brazil, people treat ‘futbol’ like Americans treat Justin Bieber. It has always been considered the world’s greatest attraction, regardless of American participation but times are changing and Wallid Ismail is the only man who can break it down for us.

Wallid recently signed an agreement with ESPN Deportes to televise Jungle Fights, and it’s quickly become the nation’s largest MMA promotion, fueling the upper echelon of the UFC and Strikeforce rosters. Jungle Fights is getting so big, even Renzo Gracie is a fan, which pretty much means that the Gracie/Ismail beef is finally squashed and soccer’s days atop the athletic food-chain are numbered. Check out this clip taken from Jordan Breen’s podcast where Wallid talks about the time he saved Brazil from a monsoon apocalypse, MMA’s growth in popularity and why Soccer should watch it’s back. [Source]

Be sure to push the green button under Wallid to listen to the audio clip, it’s not that hard.