Wait, you need to see Hector Lombard’s cauliflower ear before you can live life

I’ve always wanted to know what was inside one of those cauliflower ears. Candy corn or strawberry lemonade; something fun that you can share with the family. Apparently it’s just a mixture of blood and disgusting. Now the real question is how much money would Hector Lombard have to pay for you to drink an entire cup full of the drainage inside Lombard’s ear? Ugh, I think I just puked in my mouth a little. Just replace ‘mouth’ with ‘directly into my bowl of Apple Jacks.’ Damn, how am I going to explain this to my kitchen sink? Now there’s little semi-circles of artificially flavored apple crunchies floating on top of my dirty soup pot. It looks like gazpacho. Gazpacho is salsa that hasn’t been fully realized. Someone should inform it that it should be dipped with tortilla chips instead of consumed with a spoon. It’s not strong enough to stand by itself. It needs a sidekick, just like Batman.

Since we haven’t grossed you out enough this month, we thought that it’s only right to show you this nasty cauliflower ear that Hector Lombard accumulated while training at America Top Team. And that’s reason number 5,607 while you will never be an MMA fighter. 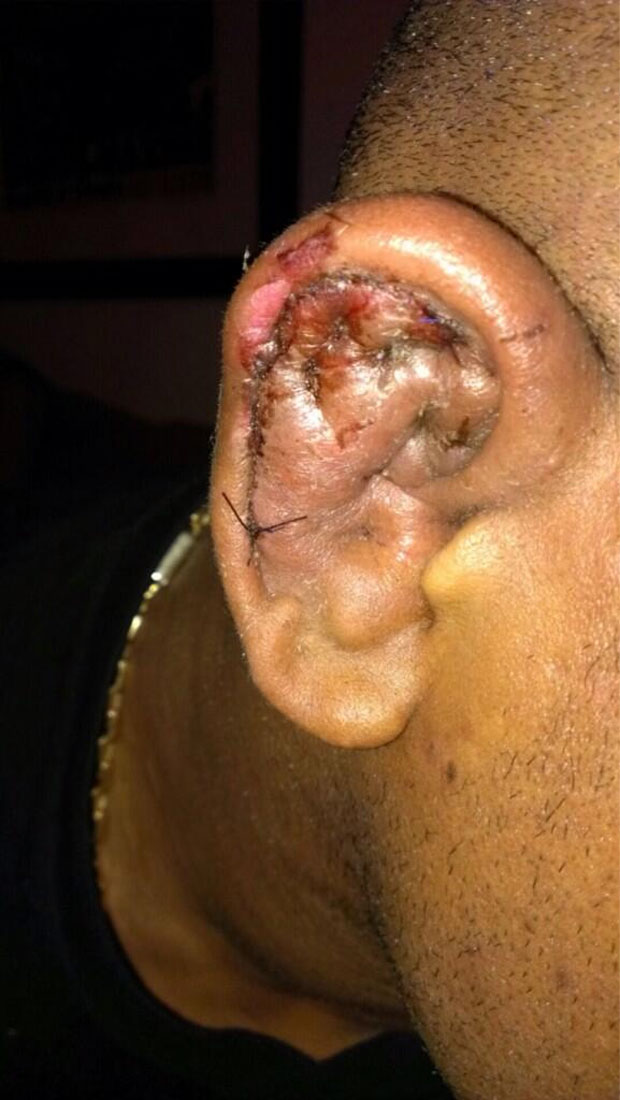