Wait, there’s more comic book Anderson Silva for you to check out

Keep feeding us MMA fighters expertly depicted as comic book characters and we will continue to feature them on MiddleEasy. They can’t be shabby illustrations, however. We’re talking about top-notch comics that makes us question our own existence. If your stuff doesn’t put us in an existential conundrum, we don’t want anything to do with it. Confuse us with your brilliance. Your work must force everyone at MiddleEasy to ponder the purpose of life and the paradox of death. That’s how we roll.

Alright, that’s not really how we roll — but that’s how we should roll if we were ex-philosophy professors that turned into MMA writers. You shouldn’t worry about that, that’s simply not the case. We’re geeks with a lot of time and a strong obsession with controlled violence. Oh, and we like when our MMA fighters are depicted as comic book illustrations — like this on from Paulo Eugenio. 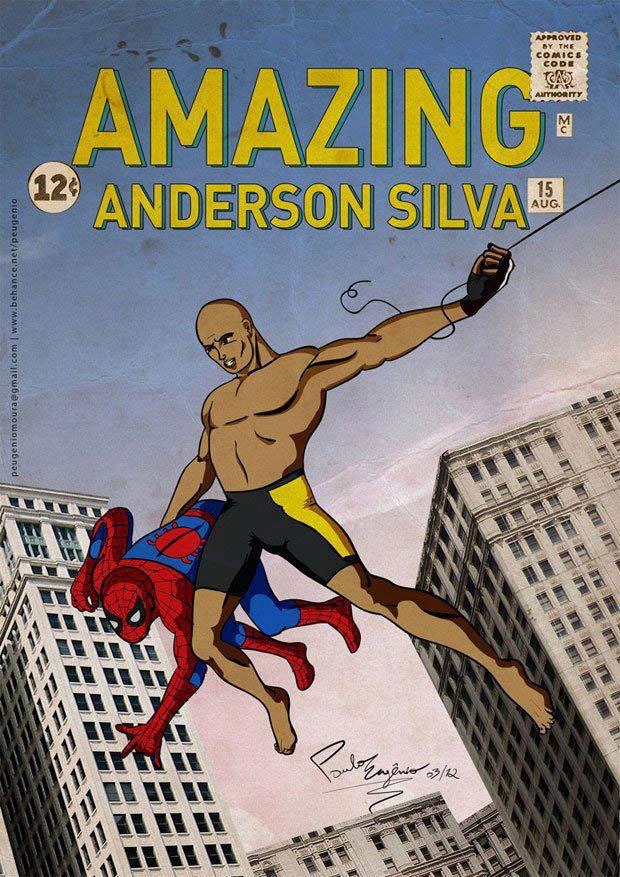