In ten days, Vinny Magalhaes and Kevin Casey will compete at Metamoris 5. This March, Casey filled in as a literally last-minute replacement in the Metamoris 3 feature match against Keenan Cornelius. Bold. But perhaps you found yourself wondering why, of all the BJJ playaz in the room, that guy from the Spencer Pratt rap video was dragged out of the audience.

Oh yeah, Casey was on The Ultimate Fighter, Season 17. He’s a tested UFC star, maybe that’s the reason. But he wasn’t exactly a standout on the show, losing against Bubba McDaniel after overexerting himself early in the fight and surrendering on his stool. And then there was that failed drug test after UFC 175. Yeah, Casey actually tested positive for anabolic steroid use. That’s some old-school performance enhancing right there, not some half-assed experiment in testosterone enhancement that a guy can cry about as he holds up a doctor’s note. As a result, just one month ago, Casey received a one-year suspension from the Nevada Athletic Commission.

When the people at Metamoris booked that Chael Sonnen match while his HGH was still warm, we wondered if the organization really cared at all about the issue of performance enhancement. And Ralek strangely explained,“[W]e don’t currently test for PEDs, and we are not an MMA organization. Metamoris is a grappling event with different rules, and we require our own unique set of regulations for all aspects of participation. We are concerned about the issue of PEDs overall, but we have a lot of research and work to do before accurately defining our stance. Due to the instability and controversy surrounding the regulation of PEDs, we are taking our time to discover the best approach and fit for our organization.” A bizarre response indeed, implying that performance enhancers might hypothetically be perfectly acceptable in the Wild Brazilian West of Metamorized sports competition.

So let’s assume Metamoris is under the microscope right now, as fans wait to see how it will address PED use. Then how in the world could it make sense for mastermind Ralek Gracie to quickly welcome another drug-suspended athlete to Metamoris? Isn’t he essentially advertising the organization as a safe haven for renegade cheaters? Assuming the Gracie isn’t insane, here is the only reason I can think of that makes sense: the two men go way back, and Ralek owes Casey big time. Why? Because Casey voluntarily appeared in Ralek’s epically craptastic 2011 rap video “G-IN-A-G.” Yes, it was a selfless decision, the gift of a true friend, likely to result in permanent damage to Casey’s street credibility. Even Spencer Pratt cringed when he watched this one.

So that explains everything. Casey’s opportunity at Metamoris 5 is a karmic repayment for three hard years of YouTube shame.

Now that we’ve sorted through those background issues, here is the official Metamoris 5 promo video. Enjoy watching Vinny practice while wearing a championship belt, and listen to Casey talk about himself in the third-person. Then stab yourself in both eyes with a hypodermic needle before it’s too late. 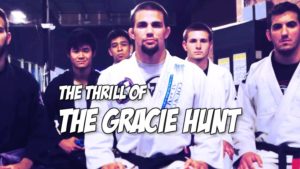 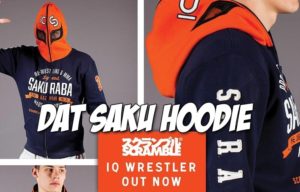 The Saku Hoodie is Out. 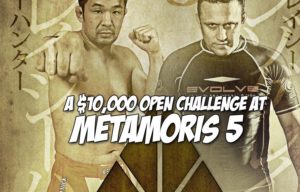 Kevin Casey out of Metamoris 5: So Ralek puts a $10,000 bounty on Vinny Magalhaes 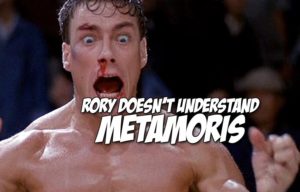 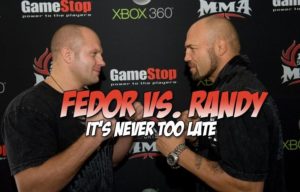 Randy Couture is open to a match against Fedor at Metamoris 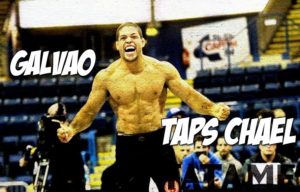