Video: Viktor Pesta Was Confused as Hell After Getting Ezekiel Choked by Oleksiy Oliynyk

A super rare, no-gi MMA submission just went down, but don’t tell Oleksiy Oliynyk that… he’s got a gang of them. Just add this choke to the 42 wins this dude has by submission. Viktor Pesta thought he was getting the better of the fight by getting full mount, pretty much the most dominant position you can get in a fight, but Oliynik locked down his arms and was able to almost choke Pesta out before the tap. 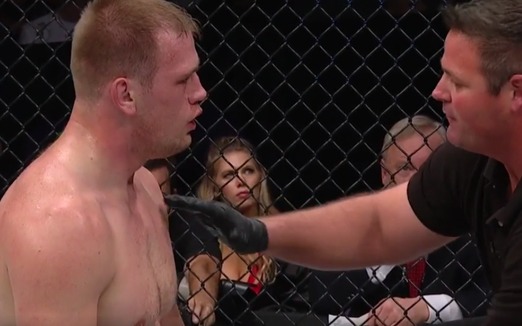 He looked confused as hell, but so were most of us as well. Looks like this old timer still has it. I mean, he was on an 11-fight win streak before a a decision loss by a guy with another difficult name (Daniel Omielanczuk), but he got back in the win column super quick with this gnarly first-round sub.

Check it out below.

He's not Alexey "The Boa Constrictor" Oleynik for nothin'!

Pics: Mike Goldbeg is at UFC Phoenix and the Internet is Going Nuts.
Read Next Post →
Click here to cancel reply.