Kazushi Sakuraba is the definition of an MMA pioneer. A figure woven into the early days of no holds bar fighting just like the Gracies. His character sparked a nation’s interest in the sport and his fandom birthed Japanese MMA, leading to the glory days of Pride. That’s why is kind of amazing that UFC is going to be honoring him by inducting him into the UFC Hall of Fame. Somehow, you’d expect typical UFC pettiness to prevent them from acknowledging a legend whose entire career includes only one UFC tournament.

For those of you who have never seen Saku do Saku things, here’s a glance at some of the best of times. In Sakuraba’s career there have been ups and downs, and the valleys seemed really low. But those peaks were the stuff that lifted the human spirit. Saku could reaffirm your belief in mankind. So let’s ignore the bad nights for Japan’s most famous fighter, and see some of the best moments of his now Hall of Fame career.

In 2000, Sakuraba faced off with Royce Gracie in the Pride Grand Prix Finals. The match was held under the conditions of no referee stoppages and to have an unlimited amount of rounds. It was stopped after the 6th round, in the 90th minute by the Gracie corner. It was the unanimous fight of the year for 2000, and was the last great fight of its NHB kind.

After losing to Cro Cop and losing for the second time to Wanderlei, having lost 4 of his last five, Sakuraba’s career was in a spiral. And naturally, he only wanted to fight elite competition. In a fight that exemplifies, Sakuraba shows off his patented toughness against fellow pioneer Kevin Randleman, who would defeat Mirko Cro Cop after this loss.

Sakuraba’s career mirrors the Pride attitude toward fighting. He took a fight four months after losing to Wanderlei Silva for the first time via soccer kicks. To face him, Pride brought over charismatic young American Quentin “Rampage” Jackson. Rampage had ran through eight straight win in the USA and look physically imposing against the smaller Saku. But when did that ever matter to him?

Sakuraba had a long career. Too long. Ending in 2015 at the main event of the inaugural RIZIN event. But in the later part of the 00s, we saw Saku compete against lesser competition and remain fairly competitive against lesser fighter until losing to better competition at the end. Here is Saku’s last career victory, a nifty submission at DREAM 12 in 2009.

Don’t say we aren’t able to acknowledge when the UFC actually gets something right. They fucking crushed this induction into the Hall of Fame. You have to commend them for acknowledging how important Japan and the Pride era is to the history of MMA. Now, in Kazushi Sakuraba honor, let’s watch one of greatest highlight reels in MMA. 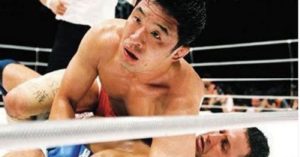 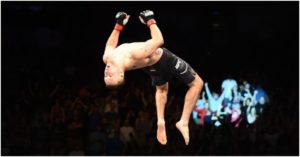 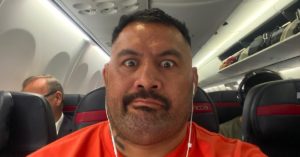 Mark Hunt Happy To Finish Career Outside The UFC, Has Sights Set On Fighting In Japan 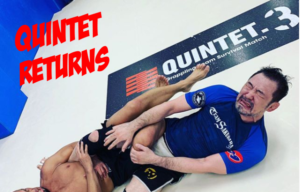 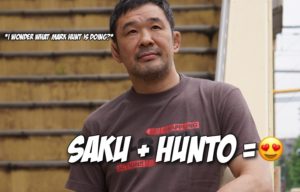