Video: Tyron Woodley gives his opinion on Donald Trump, which will make half of you happy/upset

Posted on Last updated: September 4, 2018 By: Author Team ME 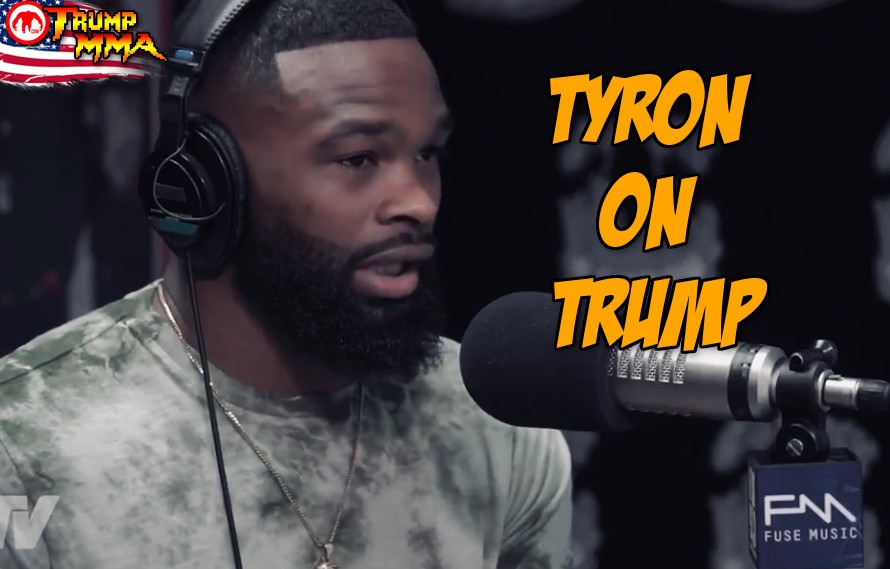 Before you start to yell “stick to sports” into a endless void in the atmosphere. It’s okay, Tyron Woodley has an opinion and we’re all going to be okay.

In today’s political and overall Internet climate the entire population is pretty much split right down the middle on every single topic. Thanks to the Inter-webs we all get to have an opinion and a voice. Hurrah! Oh no?

Days before his UFC title defense versus Darren Till at UFC 228, Tyron Woodley is making the media rounds in order to promote the fight. 50% of people think this is a great idea while 50% think its a bad idea. Woodley is doing his job to market himself. Great! But Woodley is also distracting himself by not focusing on Till 24/7. Bad!

Darren Till is kind of a socially awkward asshole so it makes sense why 50% of MMA loathes the sight of him. Then again we can see how that could appeal to a certain segment of the MMA fan base, so 50% of them will be rooting for him on Saturday night.

*Whoa what? Kidding. Just kidding. Wait, are we?*

Maybe the same reasons Woodley is popular also make him unpopular? Charismatic and outspoken? Who would would want to root for that?

So here’s the UFC’w welterweight champion answering a question about President Donald Trump. Woodley gives his honest opinion which will surely piss off half of you while make the other half nod in approval.

.@TWooodley is in The Neighborhood speaking on @realDonaldTrump pic.twitter.com/6uajHtWkwl