Video: Tough Day at the Office for “Felony” Charles Bennett

“Felony” Charles Bennett has enjoyed a career resurgence that no one, especially he, probably ever expected.  From a Pride and King of the Cage oddity, to international journeyman, “Krazy Horse”‘s journey has been a weird one.  And sometimes weird journeys take dark turns.

In the Chinese promotion MAS, Felony had a rough outing against Pong Thong who knocked him the fuck out.

Krazy Horse was KTFO at Mas in China pic.twitter.com/U4opRuvw4j

Before the KO, Thong was dominating thoroughly even putting Bennett through the ropes. 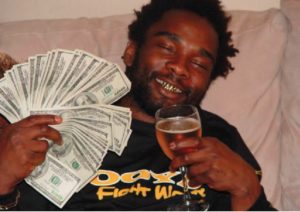 Street MMA: The Sad Truth of Watching Superman Clean Up the Streets
Read Next Post →
Click here to cancel reply.