If you never watched the Ultimate Fighter 4, the original comeback season, you have the unfortunate displeasure of not knowing “Mr. International” Shonie Carter. On the show, his bizarre charm was ridiculously endearing and his couldn’t-give-a-fuck fighting style made him a star. Out of boredom, he assembled an floating pool chair out of empty bottles and tape. He’s that type of dude. He has 90 MMA fights on his record and probably has really fought in 250 times over his career.  Oh and did I mention, his style knows no bounds.

Fighters like Mr. International don’t retire; people just eventually stop offering them fights. I’m not sure anyone who has been following Carter’s recent career could have imagined that he’d be in Coventry, England bare knuckle fighting a man in an ice hockey ring as a main event. MMA haven’t been kind to Carter recently, but that’s why combat sports is amazing, because one minute your getting knocked out in Milton, New Hampshire and the next you’re debuting in Bare Knuckle Boxing for a belt.

The main event was bat shit crazy with Shonie Carter wearing a kilt and skipping rope in the ring, while waiting for John Sweeney’s extremely long walk to the ring. Sweeney literally got carried to the cage sitting in an Irish flag throne. Everyone seemed into it. 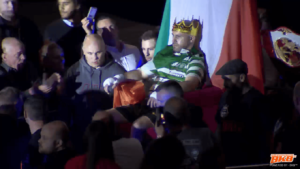 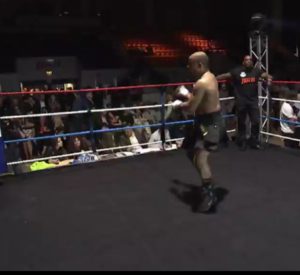 The fight had Shonie being durable, but outclassed. It was the only fight in the whole card that didn’t end in a finish. It seems even though the speed and power have left, Shonie’s durability hasn’t. Of course being a multicultural showman, Carter hopped on the mic afterword and gave props to England, and bowed to the crowd. Shonie Carter is the journeyman that will never die. His post-fight interview with the commentary desk featured Shonie talking about being a Japanese warrior and all his Japanese fighting credentials. He bowed and spoke Japanese while saying goodbye to two people from the British boxing scene. Unbelievable. Huge salute to Mr. International.

To add to the bizarre festivities, Melvin Guillard also showed up, and made it known he wants to be a Bare Knuckle champion. He styled all over Dan Breeze, former sparring partner of Conor McGregor. Over the two rounds, Guillard was just faster and more devastating. For reasons only Melvin knows, he did this all while wearing red jeans.

Melvin Guillard was quintessential Young Assassin in his post-fight chat at the desk, discussing the difficulties of having to find two new girlfriends in London because his wife and girlfriend were left at home. He then said that first and foremost he was fighting in Bellator, but that he wants to fight John Sweeney for their championship belt in June. He also claimed it was his 108th fight. Fuck CTE. 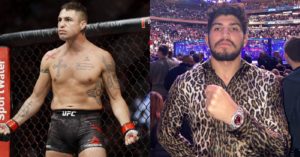 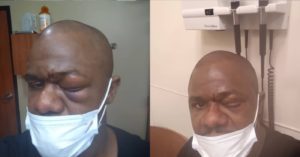 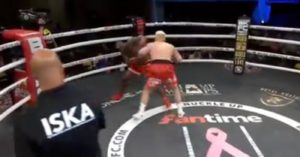 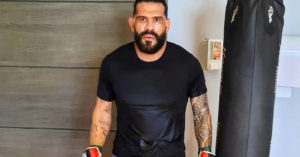 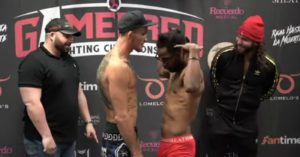 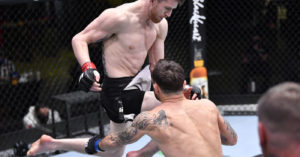 Cory Sandhagen Sleeps Frankie Edgar With a Flying Knee KO in Round 1! (Highlights)