This new EA UFC 2 update makes us want to see Max Holloway get his long overdue UFC featherweight title shot. The only way to end fights from now is The Holloway and it’s glorious. Inspired by Holloway’s last two firefights with Jeremy Stephens and Ricardo Lamas, the developers at EA UFC had to pay tribute to the 24-year-old Hawaiian striker.

Thanks to the latest EA UFC 2 update you can now end rounds like Max Holloway; which means you can taunt your opponent and if he taunts back it basically locks the remainder of the round into stand and bang mode. No takedowns, no clinching, no stalling equals both fighters are forced to trade strikes like a blown Rocky movie punch exchange.

This is awesome. EA UFC 2 loves the kids. How did this dream update go down? 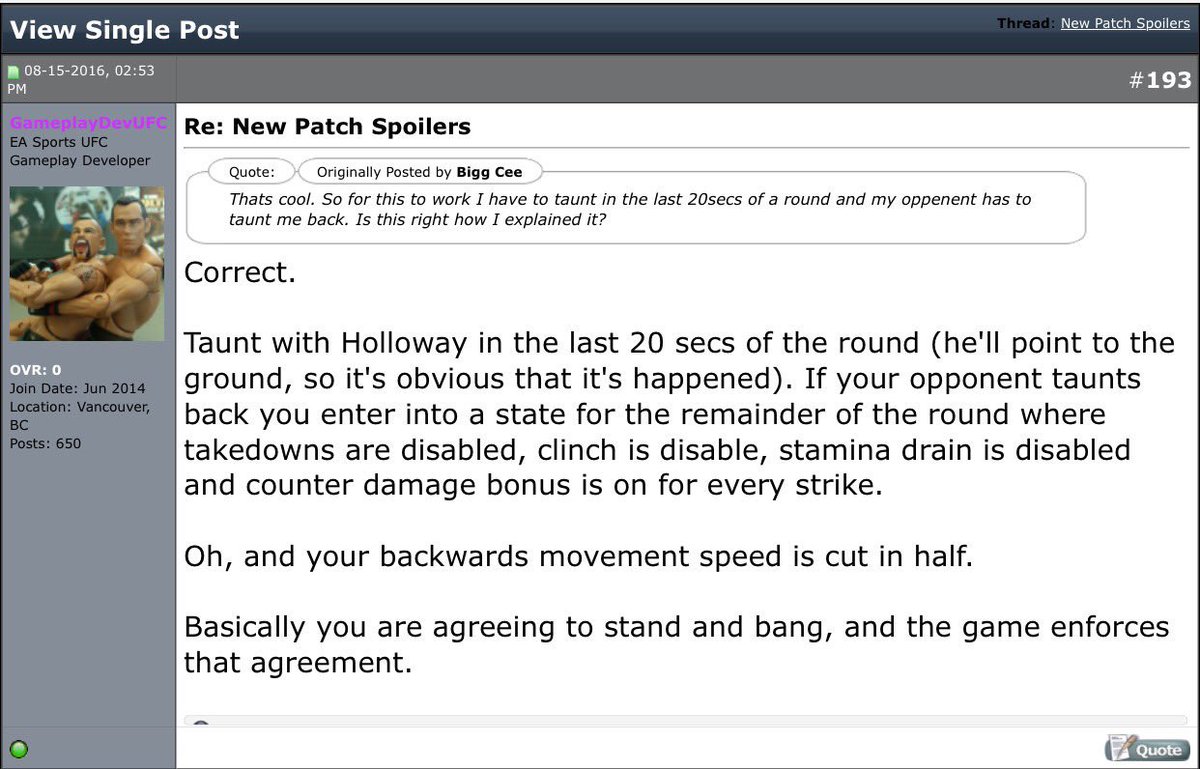 Other updates and fighters added to EA UFC 2 include

Pic: For Nate Diaz’s UFC 202 team photo, nobody in his 15-man crew smiled and it was great
← Read Last Post