Oh Reebok and your Reebok made fight kits (uniforms). During UFC Fight Night Zagreb another wardrobe malfunction happened in a women’s fight. Watch closely as Maryna Moroz and Cristina engage in a striking exchange, then disengage due to awkward results.

Silence. Questions. Then a #FreeTheNipple happens in the center of the Octagon. A real life Reebok fail happening right before our very eyes. In Zagreb, Croatia the “martial” in mixed martial arts stands for letting your opponent adjust her bra when her boob pops out. As real as a nipple slip gets.

Titty slip and prolonged 69 position were the best parts of that fight. #UFCZagreb

This is why Anik and Stann are great.

That moment deserved total silence. Let the nip get back into place. Move along. Nothing to see here. 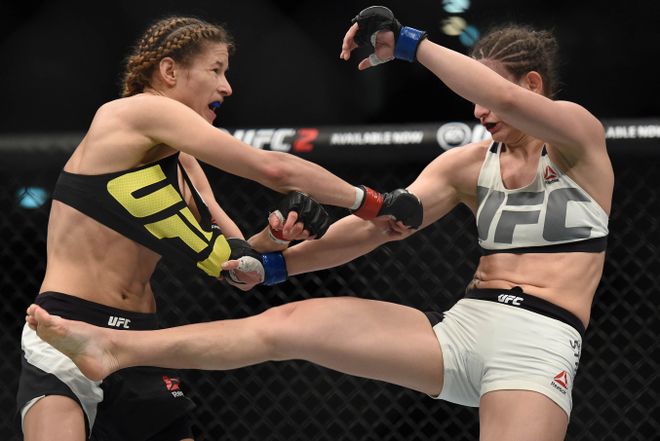 Street MMA: There Are No Weightclasses in MacDonald’s Brawls, Watch Who You Throw at

Video: Mike Perry calls Tyron Woodley a racial slur but the champ gives him a pass

Dustin Poirier Will Fight Al Iaquinta At Welterweight for “The Right...