VIDEO: Jon Jones Caught With His Pants Down, Isn’t An Addict 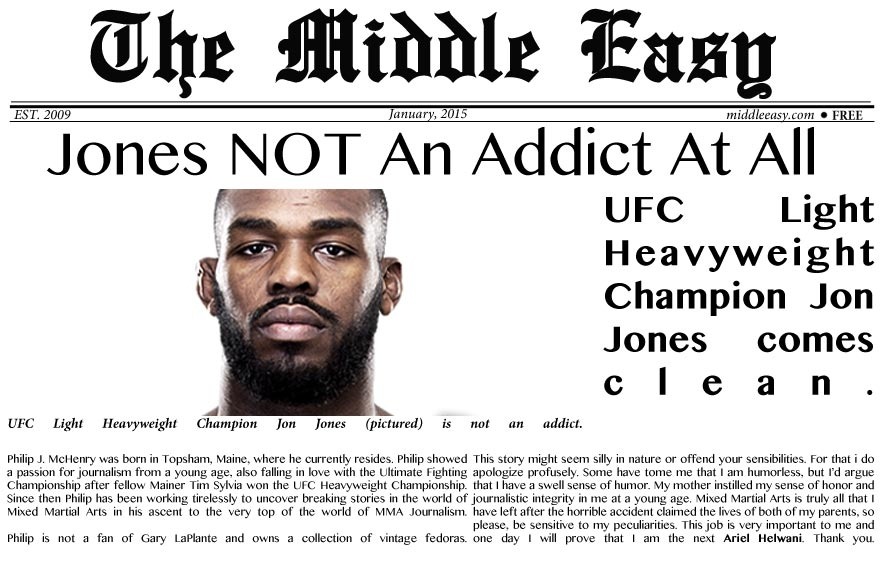 LOS ANGELES, California, January 18th, 2015 — UFC Light Heavyweight Champion Jon “Bones” Jones has been in the news a lot recently for both his usage of cocaine and his breathtaking stint in a rehabilitation facility that saw the young champion overcome his cocaine problem in just one night. I know what you are thinking, but hold on a second before you shovel accolades down the gullet of young Jones, wait until you see this explosive video where Jones talks about his addiction.

In a bombshell announcement Jon Jones admits that he is NOT a cocaine addict. In fact, he claims that he was “caught with his pants down” instead and is not an addict. We’ve begun investigating any cases of sexual misconduct from the young Jones but have yet to uncover anything reportable, but stay tuned. In this video Jon Jones claims that he does not, in fact, have a problem with cocaine or any controlled substance, he just made a mistake.

Mr. Jones, we’ve heard this story before. Please watch this informative video on the topic.