In the UFC, the Reebok outfitting policy has sucked nearly all the life out fighter entrances.

Glory Kickboxing has not such problems, as Daniel Morales showcased maybe the greatest walkout outfit since Mayweather wore the sombero 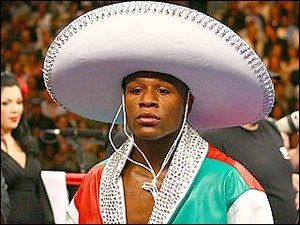 “I don’t have an opponent tonight. My opponent is an illusion.” -Daniel Morales
The 2nd fight of the #GLORY38 SFS is seconds away! pic.twitter.com/h5dKKG6j1z

If you have Fight Pass, check out if his outfit brought him good luck at Glory 38 Superfight Series.

Can Cardio Kickboxing be Good for Self Defense?

Joe Rogan Wants Dwayne Johnson For President: ‘I’m All In For...