Video: Floyd Mayweather says he likes Donald Trump’s “Grab Them by the Pussy” rant, supports it

Floyd Mayweather forever and always remains a piece of shit. No matter how you feel about Conor McGregor going into the boxing world. Whatever your political affliction is and your feelings on Donald Trump are. Due to Mayweather’s extensive history of domestic violence against everyone can agree that he is a horrible human being, with horrible opinions, that needs to one day eat a head kick.

Continuing Mayweather’s history of being the worst, here is a new interview with Hollywood Unlocked where Money May says more ignorant worldviews.

In the interview released this week, Mayweather, who has an extensive history of violence against women, said Trump’s comment are how a “real man” talks.

“People don’t like the truth,” Mayweather said. “He speak like a real man spoke. Real men speak like, ‘Man, she had a fat ass. You see her ass? I had to squeeze her ass. I had to grab that fat ass.’ Right? So he talking locker room talk. Locker room talk. ‘I’m the man, you know what I’m saying? You know who I am. Yeah, I grabbed her by the p—-. And?'”

“I feel people shy away from realness,” he added. “This man didn’t do nothing. Listen, if y’all didn’t want the man in the White House, y’all should have voted the other way. It ain’t like he went and robbed—he done his homework. He did what he had to do and he got there.”

“Since 2002 Mayweather has been accused of violence against women with alarming frequency. He pleaded guilty in two of those incidents, and in another he was convicted only to have the charges dismissed four years later. The most recent incident, in which he hit his ex-girlfriend in front of two of their children at 5 a.m. in 2010, resulted in a 90-day prison sentence.

1. Over a five-month span in 2001 and 2002 he pleaded guilty to two counts of battery domestic violence, a search of his criminal record on the Clark County website shows. He received 48 hours of community service and two days of house arrest. Three other charges — stalking, obstruction of a police officer, and violation of a protective order — were dismissed.

According to the Las Vegas Review-Journal, Melissa Brim, the mother of Mayweather’s oldest daughter, was the victim. She later claimed in a lawsuit that Mayweather “swung open a car door, hitting her jaw, pushed her into the car and punched her several times in the face and body,” the Review-Journal reports.

2. In November 2003 Mayweather was arrested and charged with two counts of battery for allegedly fighting with two women at a Las Vegas nightclub. He was later convicted of misdemeanor battery and ordered to serve 100 hours of community service, the Associated Press reported at the time. According to the AP, one of the accusers, Herneatha McGill, testified that Mayweather “punched [her] on the cheek, and then punched [Kaara] Blackburn on the back of the head as she tried to help her friend.”

And another one, maybe the worst of the three Mayweather crimes

“3. In December 2011, Mayweather pleaded guilty to one count of misdemeanor battery domestic violence and no contest to two counts of harassment for hitting the mother of three of his children. He was sentenced to 90 days in jail and released after 60 days.

According to the arrest report, the victim, Josie Harris, got home at 2:30 a.m. on a night in September 2010 to find Mayweather talking to their two sons. The two got into a verbal altercation and Harris called the police, the report said.

The police report said Mayweather left after the police arrived, but returned at 5 a.m. with his friend James McNair.

Harris told police that she woke up to Mayweather standing over her reading her text messages. When she admitted she was dating someone, he allegedly started hitting her.

Harris told police that Mayweather hit her in the back of the head, pulled her off a couch by her hair, and told her, “I’m going to kill you and the man you’re messing with.”

Part two of the interview 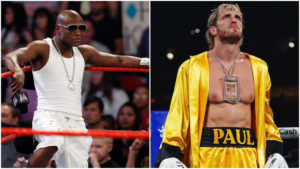 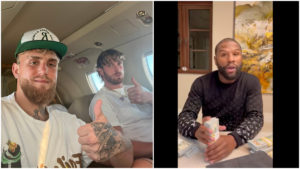 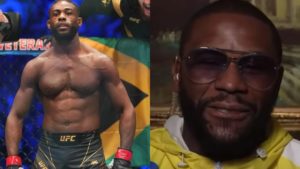