Video: A Documentary is Coming Out About the Ups and Downs of MMA’s Business of Hurting People

The mixed martial arts world doesn’t have a lot of movies we can really claim. Sure, we’ve got those random, Michael Jai White action movies which feature cameos by fighters. There have been a couple of independent documentaries, “Choke” with Rickson Gracie and “The Smashing Machine” with Mark Kerr being stand outs. …I think Dan Henderson was on an episode of The King of Queens. Either way, we may just get our first comprehensive MMA documentary with “The Hurt Business”. 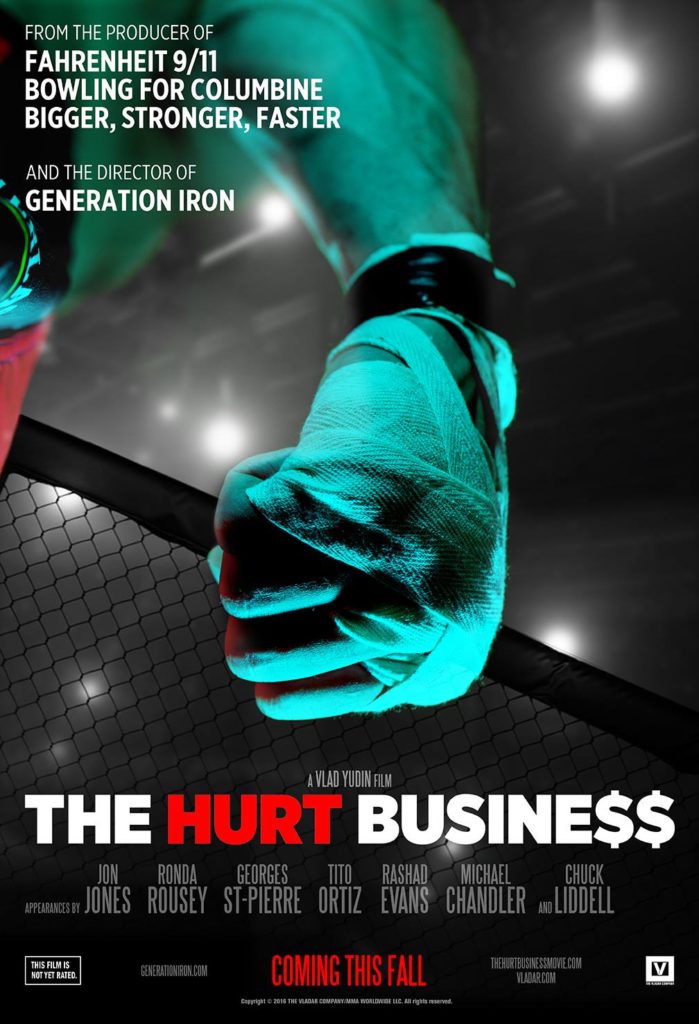 First off, Everybody who is anybody is in this movie. It’s a who’s who list of MMA fighters. Secondly, it is being made by the same guys who made some pretty big, well-done documentaries in the past. Looks like it may also deal with some of the health issues associated with MMA and confront the dangers of CTE.

It releases in the Fall so I’m sure we’ll be seeing a lot more about it soon. Until then, check out the trailer for the film below.