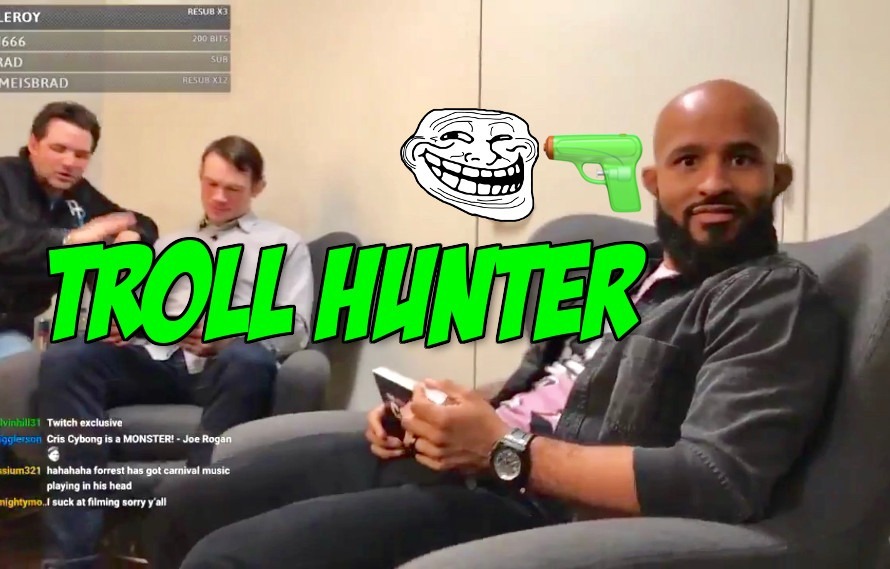 Demetrious Johnson knows how to deal with trolls. Not only does Mighty Mouse have to deal with MMA fans online trolling about whatever trolls complain about, Johnson also has a popular Twitch channel.

What happens when the worst video game fans online unite with the worst MMA fans the sport can offer? It means as a really talented, African-American fighter, who is not afraid to speak his mind there is nothing a Internet troll can bring to the table that DJ hasn’t already heard.

Mighty Mouse is already the flyweight GOAT but thanks to his gaming side gig, he may be the GOAT troll hunter as well.

The latest case of Johnson vs. Internet is actually rather innocent. The fine folks over at Reddit MMA picked up on a brief moment which appeared to leak news.

“TJ Dillashaw versus Demetrious Johnson all but confirmed!!!” At least that’s what everyone thought but today on The MMA Hour Johnson addressed the rumors and shot them down. Or did he? Hashtag, written in bold and underlined ‘Rumor Mill Never Die’.

Here’s the original video from over the weekend that sparked the super-fight rumors.