Seemingly causing chaos wherever he goes, Jason “Mayhem” Miller has more than lived up to his name. With a career steeped in controversy (but entertaining nonetheless) sometimes being a Mayhem fan is frustrating.

Recently, Miller announced his return to his martial times on a Periscope broadcast which was a lot like an episode of Pee Wee’s Playhouse on Salvia. Miller said would be fighting Josh Barnett (actually Luke Barnatt though) for Venator FC Middleweight title.

After everyone on the internet got to weigh-in on what they thought about this, Venator has finally released their own statement and it’s great: 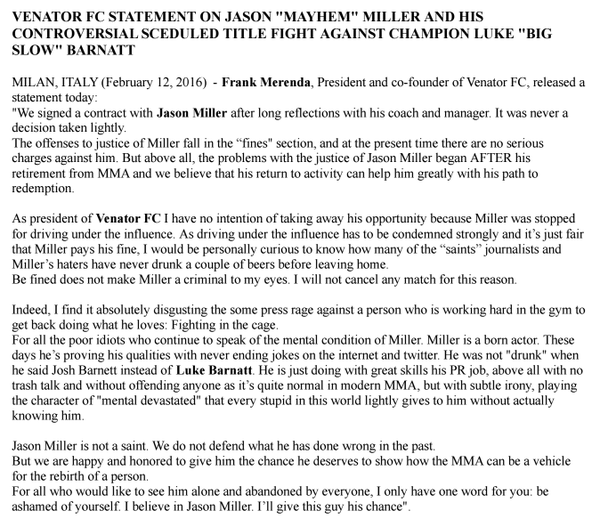 Joe Rogan Wants Dwayne Johnson For President: ‘I’m All In For...