One day a MMA promotion will make their fighters compete while wearing oven mitts for gloves. Today (Feb. 16) is not that day and the eye of Vanessa Porto is really messed up.

Friday the sport of MMA almost got sucked into a wormhole. Within in a half hour time span, the main events of of Bellator 215 and Invicta FC 34 both ended via fouls. The most MMA time warp in history and the most MMA results in MMA history.

Of the two fouls, Porto getting poked in the eye by Pearl Gonzalez was by far the grossest. With apologies to the balls of Sergei Kharitonov, Porto’s busted eye was also probably more painful.

Jon Jones sees Pearl Gonzalez’s fingers in action and sheds of single tear of pride. Eye injuries in MMA are pretty much the worst and there is no real way to prevent them.

When you watch the highlights of the fourth round of Porto versus Gonzalez (see video below), it looks like nothing. Then you zoom in, take a closer look and stare deep into the horror that is Porto’s eyeball.

Per Porto Gonzalez left her fingerprint embedded into her eyelid. Og and there was a cut to, which was also super nasty. So bloody, so gross,, so nasty, we should probably stop looking at it.

Let’s zoom in because reasons. 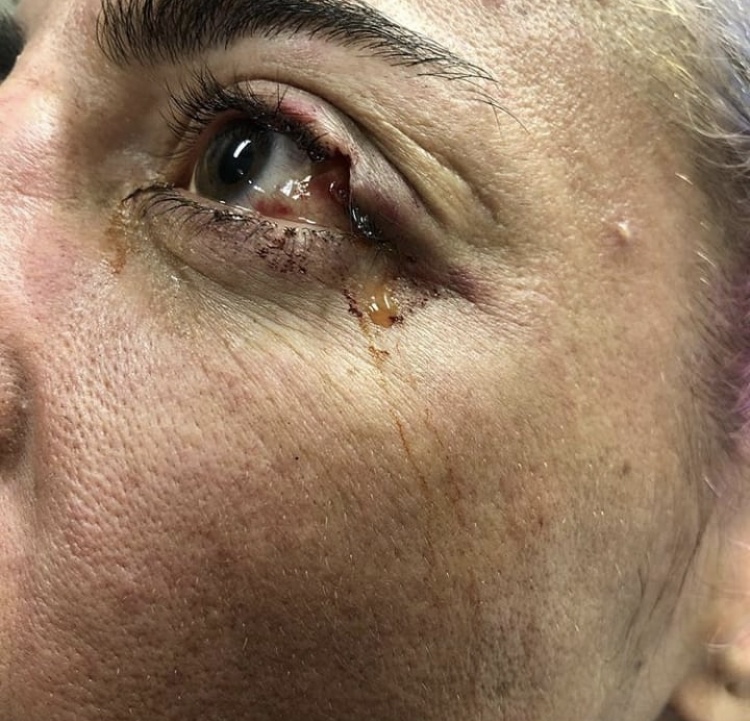